European Tour: What to Watch For at the Volvo China Open 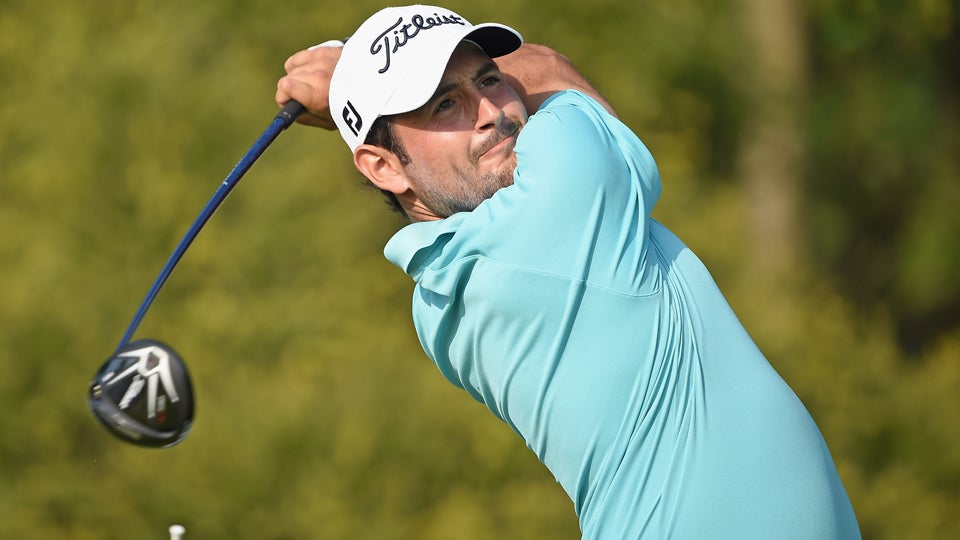 The European Tour stays in the east this week for the Volvo China Open following Kiradech Aphibarnrat’s triumph at the inaugural Shenzhen International.

This year represents the 12th staging of an event that has once again attracted a strong field of European Tour stalwarts and past major champions.

It’s also a tournament co-sanctioned with the China Golf Association, so 30 home hopefuls – including Guan Tianlang, the player who made his Masters debut as a 14-year-old amateur in 2013 – will be looking for a strong showing in front of the partisan galleries.

The Volvo China Open is one of four tournaments to be staged in the country during the 2015 Race to Dubai – the others being last week’s Shenzhen International, the BMW Masters and the WGC-HSBC Champions.

This year’s event will take place at the Tomson Shanghai Pudong Golf Club for the first time since 2008.

It’s a flat, tree-lined course with relatively generous fairways but a number of water hazards lurking to punish wayward play.

Four things to watch for at the Shenzhen International:

1. Past champions. As you’d imagine, a number of previous winners are in the field, and they’ll be looking to harness the positive energy from past experiences here. Alexander Levy, last year’s victor, will be hoping to become the first-ever back-to-back winner of the Volvo China Open. Nicolas Colsaerts – the 2011 champion – will be desperate to turn his fortunes around after a surprising slip down the world rankings following an impressive Ryder Cup debut in 2012, and Y.E Yang (2009 winner) will be confident after a top-four finish at the Shenzhen International.

2. Tommy Fleetwood. He will be one of the most-fancied players in the field this week, courtesy of his record in the event and his form coming into it. The talented Englishman narrowly missed a double-breaking 60-footer to force his way into a playoff at the Shenzhen International, eventually settling for outright third. He also has a great record in the Orient and at the Volvo China Open, where he finished third last year. It could be time for Fleetwood to secure his first European Tour victory since the Johnnie Walker Classic in 2013.

3. Kiradech Aphibarnrat. He will be the most confident player in the field as he bids to win his third European Tour title. The Thai eagled the 17th and birdied the first playoff hole at the Shenzhen International to secure his first title since the Maybank Malaysian Open in April 2013. All his professional victories have come in Asia and he finished 12th in his last appearance at the Volvo China Open, so he’s certainly a player to keep an eye on this week.

RELATED: Gallery of Guan Tianlang at the Masters

4. The home players. Once again, the home nation will be well represented in an event co-sanctioned between the European Tour and the China Golf Association. Some of the players who took part in the Shenzhen International will get another taste of competition on the European Tour, including Huang Wen-yi, who played some fantastic golf en route to tie for 4th last week. Elsewhere, expect a large following to accompany 16-year-old Guan Tianlang, who announced himself to the world by making the cut at the 2013 Masters, aged 14.