European Tour: What to Watch for at the Portugal Masters

By Will Medlock, Golf Monthly 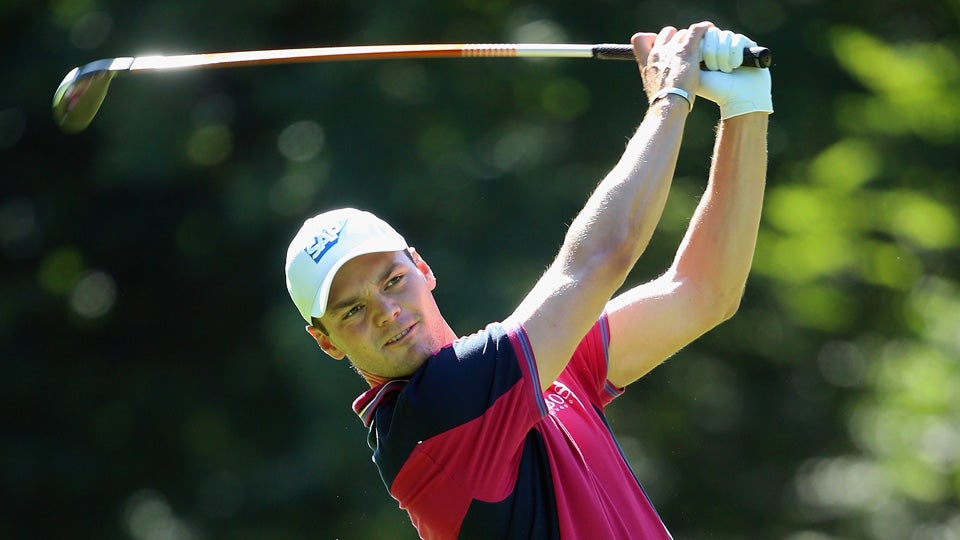 The Portugal Masters is the penultimate event before the season-ending Final Series and another big week for those players hoping to be there.

This will be just the ninth staging of the tournament at Oceanico Victoria, where the average 72-hole winning score is 267. Last year only 36 holes were completed due to inclement weather, with Frenchman Alexander Levy prevailing in the shortened tournament.

Of the previous eight winners in southern Portgual, four have been from England. Lee Westwood, David Lynn, Tom Lewis and Steve Webster all won by a score of 267 or less.

The par-72 course was designed by Arnold Palmer, with large bunkers and and a number of lakes part of the landscape. From the back tees it measures 6651m and, weather permitting, seems likely to offer players a good opportunity to score well at this crucial period in the season.

Four things to watch at the Portugal Masters:

1. Martin Kaymer. The German’s season has been a complete contrast to last year. After winning both The Players Championship and the US Open in 2014, Kaymer could have legitimately hoped for this year to be one of further improvement. However, he failed to make the PGA Tour’s FedEx Cup play-offs and also fell short of the required number of tournament appearances to maintain his card in America. The European circuit has offered little in the way of consolation, though, as he lost in a play-off to Rikard Karlberg in Italy recently. There’s no doubt he could do with a good week in Portugal.

2. Paul Dunne. After Open and Walker Cup success in the last few months, Paul Dunne must be waiting for someone to pinch him. He finished T25 at the British Masters at the weekend and continues to impress. He’ll be in the field again this week, where he’ll be looking to build on the form that saw him card 16 birdies at Woburn. Since his Open success he has also finished T19 at the Alfred Dunhill Links Championship and come through the first stage of qualification for his European Tour card. This week could quite easily be the next impressive chapter in a promising career. 3. Given the amount of English success at the Oceanico Victoria, it would be advisable to keep an eye out for the wave of promising young English talent. Of the 16 players who were T13 or better at the British Masters, eight were English. Tournament winner Matt Fitzpatrick is just 21, with four of the others – Oliver Fisher, Chris Wood, Tommy Fleetwood and Tyrrell Hatton – also in their 20s. Luke Donald and Anthony Wall were two of the more experienced Englishmen near the summit, meaning if there is to be another winner from England this week there will be plenty to choose from. 4. Alexander Levy. Last year’s winner hasn’t found too much in the way of consistent good form this year. His best results were two T3s at the China Open and Nordea Masters, but his victory in Portugal last year means he has a realistic chance of building on his T17 at Woburn. He’s an enigmatic character, capable of producing some superb golf as he demonstrated with a terrific chip in from off the green during Sunday’s final round, followed by a joyous celebration. He’ll be one of the main men to watch this week.