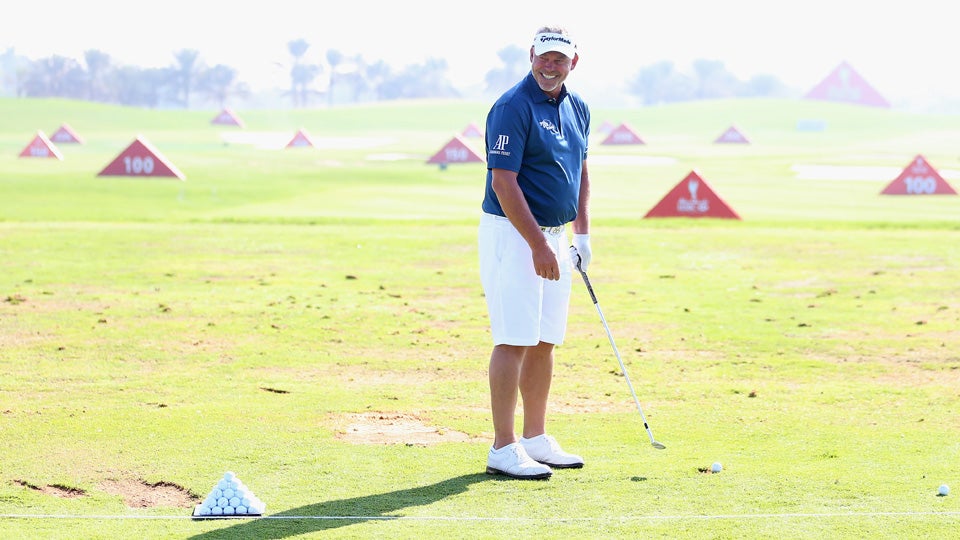 Darren Clarke of Northern Ireland is pictured wearing shorts during practice prior to the start of the Abu Dhabi HSBC Golf Championship at the Abu Dhabi Golf Cub on January 19, 2016, in Abu Dhabi, United Arab Emirates.
Andrew Redington/Getty Images

Will pro golfers soon be wearing shorts at tournaments?

It’s not as crazy as it sounds.

According to Golf Channel’s Rex Hoggard, the European Tour is on the verge of passing a new regulation to allow players to wear shorts during practice rounds; the change is expected to be announced by Euro Tour CEO Keith Pelley at a player meeting at the Abu Dhabi HSBC Championship on Tuesday night.

Darren Clarke wore a pair of shorts during his practice round on Tuesday. Ernie Els showed up in shorts, too. What did Els think of the possible rule change?

“Isn’t that great,” he said, smiling.

RELATED: Meet the Pro Who Wore Shorts at the U.S. Open