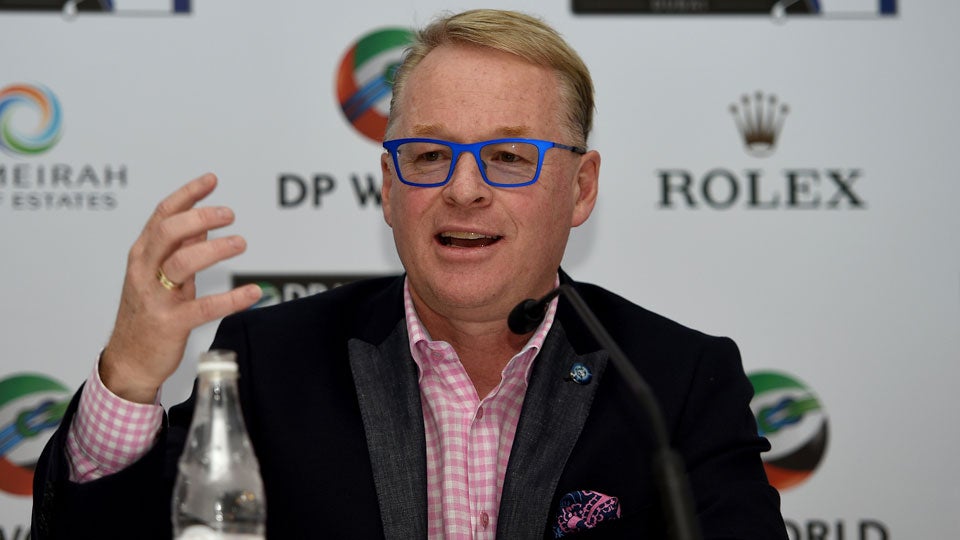 European Tour Chief Executive Keith Pelley addressed the media prior to the start of the DP World Tour Championship in Dubai.
Getty Images

DUBAI, United Arab Emirates (AP) — The European Tour is reducing the number of tournaments needed for players to maintain their membership from 13, a move designed to help those playing a full season on the U.S. PGA Tour.

European Tour chief executive Keith Pelley said Tuesday the move follows “significant dialogue with all of our players” and that the five tournaments will exclude the four majors and the four World Golf Championships.

The mandatory 13 starts was becoming difficult to achieve for players who had fallen outside the top-50 of the world ranking, thus making them ineligible for some of the majors and WGC events.

Explaining the move, Pelley said: “One of the reasons was simple: it is to help some of the players that have been entrenched in the US… This, I believe, will allow our players to schedule more efficiently, schedule at the beginning of the year, so they know exactly how they are going to maintain their membership.

“We are in the midst of structuring our overall Tour in a more, what I call, players-first philosophy. That will be something that will be absolutely critical for us.”

The new membership regulations will apply for the 2016 Race to Dubai schedule.

Speaking ahead of the season-ending WGC event at Jumeirah Golf Estates, Pelley also said the European Tour needed to match the financial draw of the US PGA, particularly for younger players breaking through on the circuit.

“At this particular time, if you are a young player, and you have done very well in the European Tour, and you want to make the most money, you are going to go play in America,” he said.

“You will ask: ‘How are you actually going to have our people play more often here in Europe’? The answer is very simple. We need to provide a viable alternative to the PGA Tour for our elite, medium and low-ranked players. End of story.”