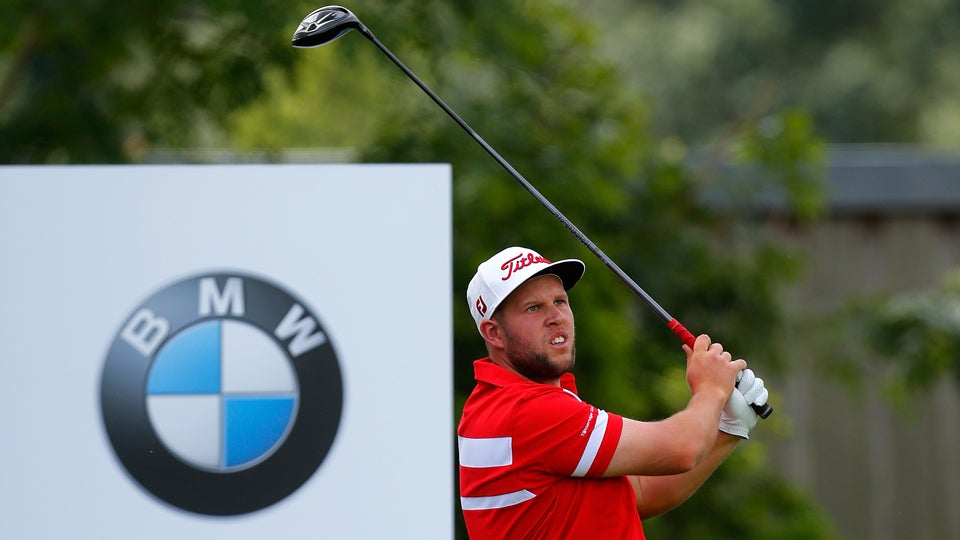 Andrew Johnston of England tees off during the first round of the BMW International Open at the Eichenried Golf Club on June 25, 2015, in Munich, Germany.
Getty Images

MUNICH (AP) England’s Andrew Johnston shot a 6-under 66 Thursday to take the clubhouse lead in the opening round of the BMW International Open.

Johnston started with a bogey on the 10th hole but then carded seven birdies to finish one stroke ahead of a number of players with play still in progress at the Eichenried Golf Club.

Stenson, who won the tournament in 2006, recovered from a triple bogey on the par-4 16th with eight birdies altogether, while Fleetwood hit an eagle on the par-5 sixth hole.

Two-time winner Thomas Bjorn was teeing off in the afternoon.