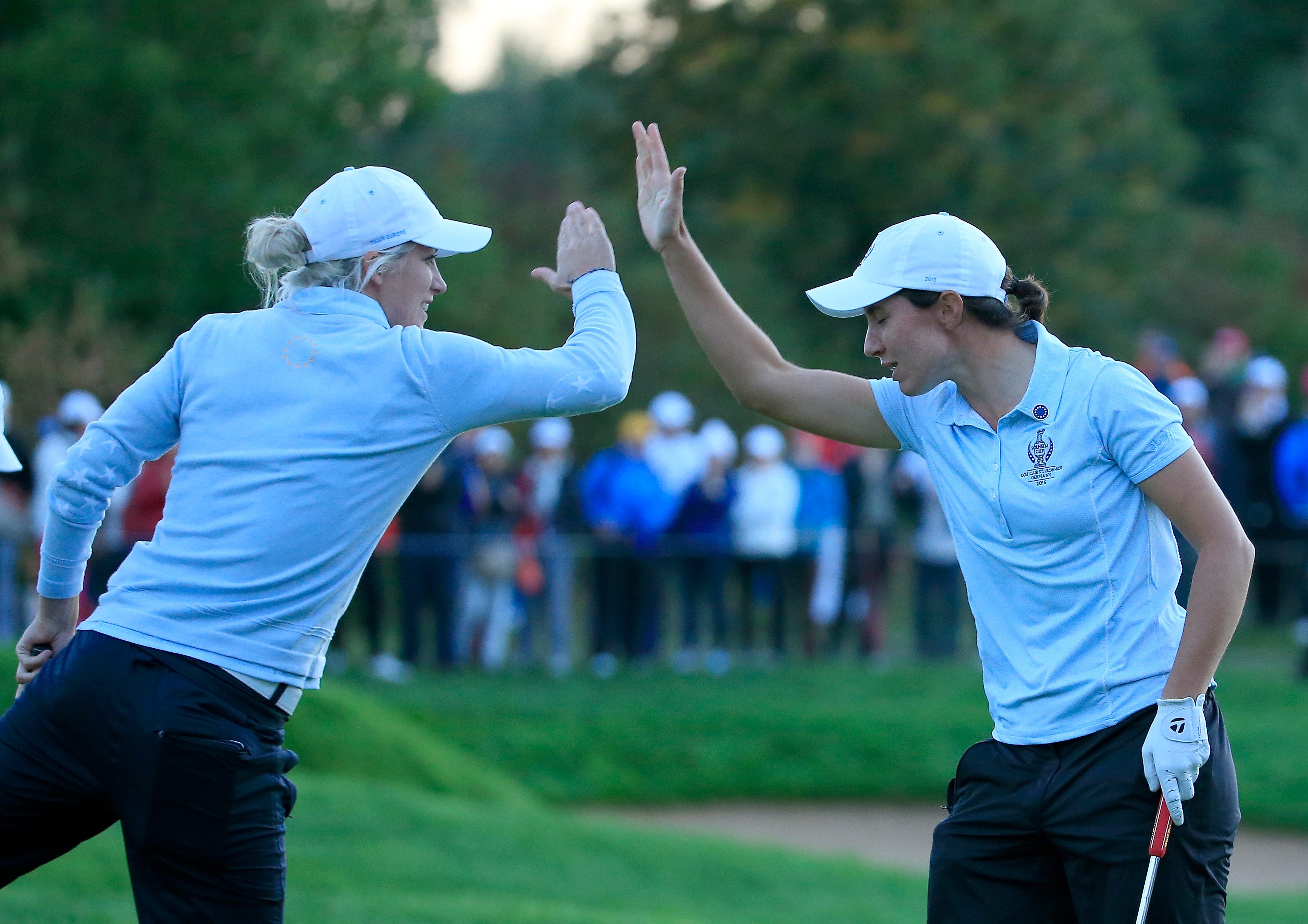 ST. LEON-ROT, Germany (AP) — Spain’s Carlota Ciganda hit an eagle to level her match as Europe led the United States 4-2 Friday on the opening day of the Solheim Cup.

Ciganda holed a nine iron from 135 yards to win the 17th hole as she and Melissa Reid of England came from 2 down to draw level with Cristie Kerr and Lexi Thompson with one hole left before play was suspended due to bad light.

“I hit it really good and I’m so happy to help the team. There’s still one hole to play so there is nothing yet but I hope we can add a point,” Ciganda said.

Kerr and Thompson had looked to boost the Americans on a difficult afternoon in the best-ball fourball series. Reid hit two birdies in succession to level, only for the American duo to respond with a birdie each before Ciganda struck her eagle.

“They fought on the back nine to get a few holes going their way,” Thompson said. “But we’ll come back tomorrow early to finish our last hole. We’re pumped, we’re going to be ready.” 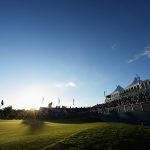 German pair Sandra Gal and Caroline Masson were 1 up through 15 holes against Gerina Piller and Brittany Lang in the other uncompleted match at the St. Leon-Rot Golf Club in Germany.

“The good thing is we’ve got one more hole to play and we have three more holes with the other one. There’s still a lot to play for,” U.S. captain Juli Inkster said.

The 19-year-old Charley Hull of England led the charge for Europe by winning both of her matches. Hull rolled seven birdies, including five consecutive birdies on the back nine, as she and Gwladys Nocera of France defeated American rookie Alison Lee and Angela Stanford 3 and 2 for the home team’s fourth point.

“I felt I played great all day, I rolled a couple in so it was great,” said Hull, who is already 4-1 at Solheim. “I’m just buzzing for tomorrow.”

Lee, the only rookie on either team, had recovered from a stomach bug to play.

“I didn’t feel good to practice at all yesterday or the day before. I woke up this morning and I felt brand new,” the 20-year-old Lee said.

Anna Nordqvist made up for a disappointing morning session with seven birdies in the first 13 holes as she and Swedish compatriot Caroline Hedwall defeated Morgan Pressel and Paula Creamer 4 and 3 to give Europe a 3-2 lead.

Play was earlier suspended for 55 minutes due to a risk of thunderstorms.

In the morning’s alternate-shot foursome matches, Pressel and Creamer defeated Europe’s top-ranked players, Suzann Pettersen of Norway and Nordqvist, 3 and 2 to secure the first point for the visitors.

“I didn’t feel that me and Suzann played all that bad this morning, we just couldn’t really make any putts,” Nordqvist said. “So I was actually surprised she was sitting out this afternoon.”

Hull and Reid won 2 and 1 against Michelle Wie and Lincicome, and home favorite Gal teamed up with Catriona Matthew to put Europe 2-1 up with an impressive 3 and 2 win over Stacey Lewis and Lizette Salas.

Kerr and Thompson pulled the Americans level with a 2 and 1 victory over Karine Icher of France and Azahara Munoz of Spain.

Europe is going for three straight titles in the competition, while the U.S. is hoping to win its first since 2009.

“It was a good day for us but there’s a long way to go,” Europe captain Carin Koch said.