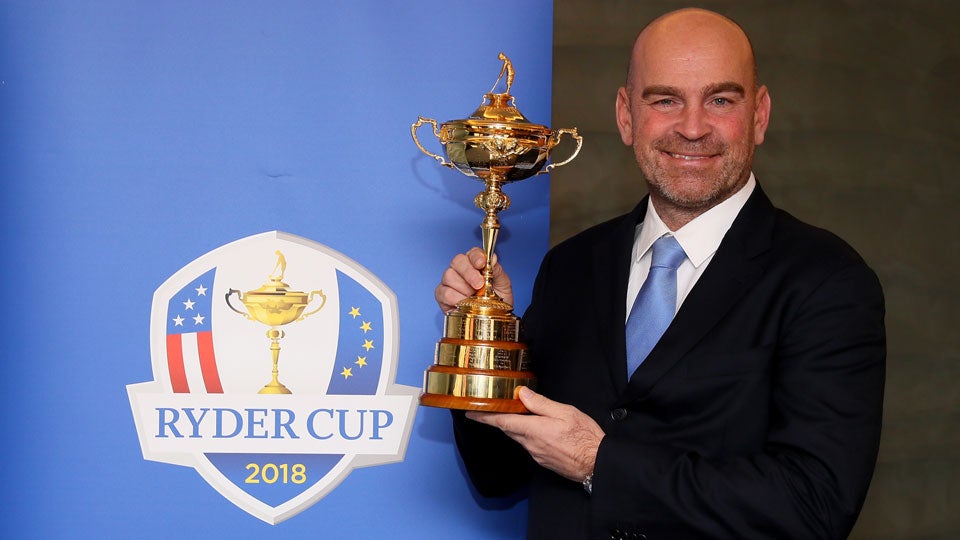 ABU DHABI, United Arab Emirates (AP) — Europe’s team for the 2018 Ryder Cup in France will have an extra captain’s pick and is set to contain more in-form players following a revamp of the qualifying system in the wake of a big loss to the United States last year.

The aim is clear: To give captain Thomas Bjorn the best possible team to regain the cup.

Jolted by Europe’s 17-11 loss in Hazeltine, Europe announced changes Wednesday that see the number of captain’s selections increased from three to four, while more points will be earned at events in the latter stages of qualifying to ensure that in-form players have a better chance of making the team.

A third change to the qualification process will see no Ryder Cup qualifying points on offer at tournaments staged on the PGA Tour in the same weeks as the European Tour’s newly introduced Rolex Series – a group of eight events that will have enhanced status and prize money.

The changes were approved late Tuesday at a meeting of the European Tour’s tournament committee in Abu Dhabi, where the Abu Dhabi HSBC Championship is being played this week.

“I’m confident that we’re going to have the 12 best European players representing us in France,” European captain Thomas Bjorn said.

It was felt by some that Europe did not field its best team at Hazeltine because of restrictions with the qualifying system. Alex Noren, for example, was the hottest player in Europe in the second half of 2016 but his wins in July and September came too late to get him in Darren Clarke’s side.

“From my own experience,” Bjorn said, “when you make all your points in November and December the year before, it can be quite daunting to play in the Ryder Cup when you haven’t played particularly well for three or four months coming into it.”

“I don’t think you can, at any time in sports, take away from guys that are in form.”

While keen to have the best players at his disposal, Bjorn also was wary of preserving the standing of the European Tour in the face of competition from the lucrative PGA Tour.

As a result, the rule that a player must be a member of the European Tour to be eligible for the Ryder Cup was retained. That ruled out U.S.-based Englishman Paul Casey from getting in the 2016 team, as he was refusing to join the European Tour for family reasons.

Also, from 2018 onward, players cannot be a future Ryder Cup captain or vice-captain if they decline membership of the European Tour or fail to fulfil the minimum obligation of playing at least four events on tour each season.

“I think we’ve got a good balance,” British Open champion Henrik Stenson said of the changes.

On whether being European should be enough to be eligible for the European team, Stenson added: “I think the ask of being a member is not that hard. It’s four tournaments you have to play, and I’m on the board on the same lines: If you can’t make the effort to play four tournaments, then you’re not really that interested in being part of that team, either.”

The qualification process begins at the Czech Masters in Prague from Aug. 31-Sept. 3.