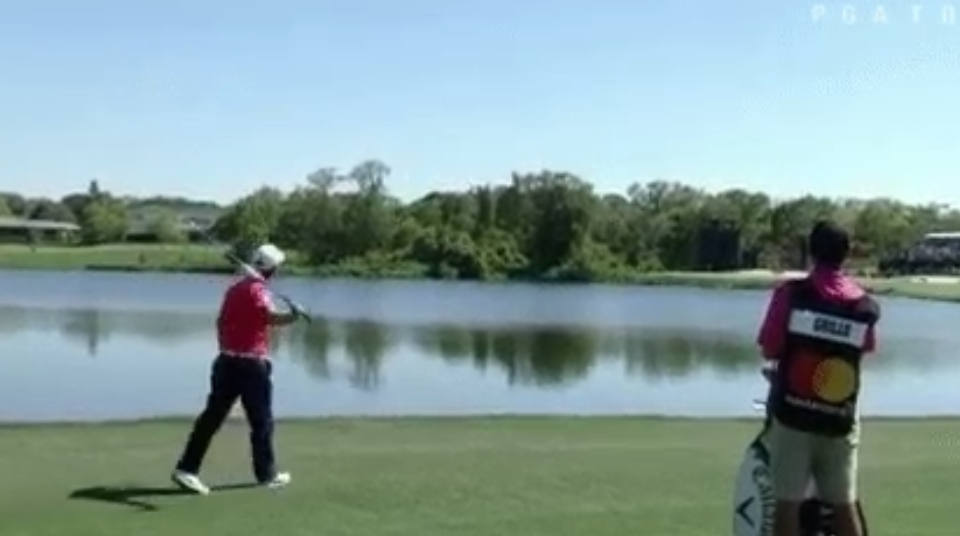 Emiliano Grillo hits a ball in the water, then tosses his club into the water.
@Skratch

Who among us hasn’t thrown a club into the water en route to carding a quadruple bogey?

Emiliano Grillo showed his frustration on Saturday at the Arnold Palmer Invitational after hitting two balls in the water, and his iron took the brunt of the blame.

The details: The sixth hole at Bay Hill is a U-shaped par-5 where players can bite off as much as they can off the tee, but still face an approach fronted by water. Grillo hit a 281-yard drive and had 241 yards left in. He decided to go for it in two, but his shot landed short in the rocks. After a drop, Grillo had 226 yards in, but his shot once again fell short. Grillo decided to show that club who was boss and promptly launched it in the water. He’d go on to card a 9 and tumble down from the first page of the leaderboard.

Oh, and he birdied the following hole. That will certainly raise his bounce-back percentage.

Grillo lost two balls and one club in the water on 6. Only one splash was intentional.