Emiliano Grillo Drops Down Leaderboard Via Awful Putting Round 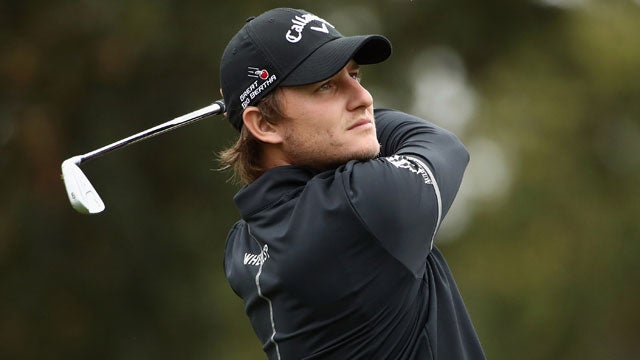 Emiliano Grillo was vibing with his putter early on at Baltusrol. The 23-year-old Argentinian was two shots back through 36 holes at the PGA Championship, due mainly to a blazing hot putter.

Grillo had made 12 one-putts and avoided three-putting everywhere on the course. He gained more than 6.5 strokes on the field with the flat stick, a number only made more impressive by the fact that he is typically not a great putter (138th on Tour). That success came to a crashing halt Sunday morning as Grillo regressed to his norm in a big way.

Grillo made just 31′ 11″ worth of putts during his third round and, using the strokes gained metric as the standard for putting quality, he lost nearly five strokes to the field making him the worst putter during the third round.

On Thursday, Grillo mentioned to the media he no longer was using a directional line on his ball as to line up his putts on the green. This came following a day where he holed 127′ 7″ worth of putts. Life was good.

“Usually when it’s a shorter putts, inside nine or inside ten feet, it helps me focus more on the spot that I want to roll the ball on,” Grillo said.

That didn’t work Sunday. Grillo missed every putt beyond four feet, which included four birdie tries from inside 12 feet. Though he will continue playing in the penultimate group due to weather delays, Grillo will be chasing leader Jimmy Walker from seven shots back.