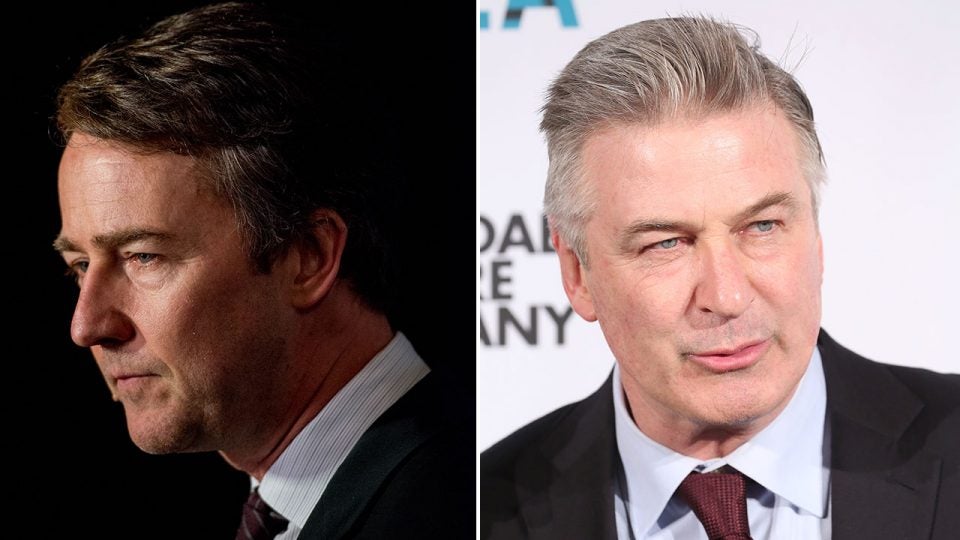 Actors Edward Norton and Alec Baldwin are the lastest high-profile activists on either side of the proposed Hills resort on Long Island.
Getty Images

A proposed golf community in the Hamptons is causing a lot of controversy, and now Hollywood heavyweights are taking sides.

For the better part of a year, actor Alec Baldwin has become an outspoken ally of some Hamptons residents who oppose the construction of The Hills, an 18-hole golf course, clubhouse and 118-luxury home resort plot on 600 acres in East Quogue, New York. The parcel of land is owned by the Arizona-based Discovery Land Company and headed up by developer Mike Meldman, who names actor Edward Norton as a friend.

Though the community on Long Island has been split for years on the development, Norton has only recently come on board to help advise Meldman and his company on how to prevent water pollution, one of the residents’ main concerns, according to The New York Post. Many worry that the proposed development will prove to be disastrous for the East End environment, while others in support think the project will help bolster the Hamptons economy. Norton is the president of the U.S. board of the Maasai Wilderness Conservation Trust and a UN goodwill ambassador for biodiversity, and has worked with technology that removes nitrogen from runoff previously.

The Post report says that Meldman will employ Baswood waste treatment, of which Norton is chairman, to handle the Hills project.

Baldwin is concerned that companies like Meldman’s have too much leeway in the practices used to develop these land parcels, thanks to an area rezoning legislation known as planned development districts, or PDDs. A PDD’s goal is to encourage more flexibility and creativity in designing residential, commercial, industrial and mixed use areas than is currently allowed under conventional land use regulations. Baldwin, who is an Amagansett resident, released a public service announcement in 2016 in support of repealing the legislation, specifically naming the Hills in his plea.

“The biggest and baddest development on Long Island is The Hills at Southampton proposed mega golf resort on some 500 acres of land that is the largest privately owned Pine Barrens parcel remaining on Long Island,” Baldwin said.

Norton’s involvement comes a few months before the development’s third and final public hearing in June.

“The project represents a much lower density development with much greater retention of open space and ecology than the development zoning allowed for or had originally planned,” Norton said. “Without any doubt, a cutting-edge wastewater treatment system gives the community the opportunity to reduce nitrogen contamination of the inland waterways, which is critical.”