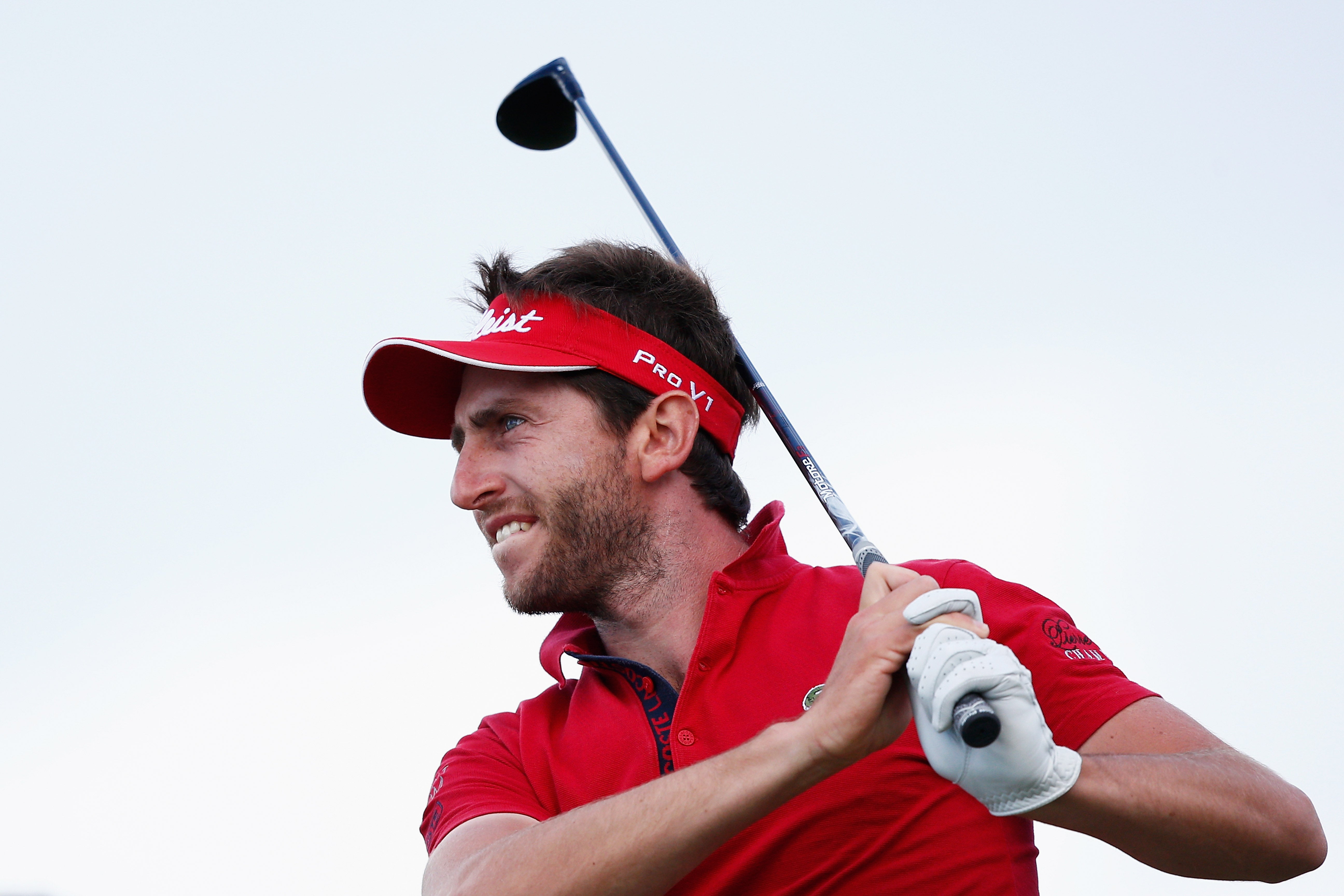 Edouard Espana tees off on the 17th hole during the second round of the Spanish Open.
Dean Mouhtaropoulos / Getty Images

TERRASA, Spain (AP) — Edouard Espana of France shot a 3-under-69 Friday to take a one-shot lead after the second round of the Spanish Open.

Espana made four birdies to go with one bogey despite strong winds sweeping the Real Club de Golf El Prat course near Barcelona, leaving him at 7-under 137 and one stroke ahead of Argentine Ricardo Gonzalez.

Espana is Spanish for Spain, making the French player a suitable leader for this particular tournament. The Spanish name of the event is Open de Espana.

“I’m leading an open with my name everywhere, so it’s very cool,” Espana said. “My family is from Spain, that’s why my name is Espana. It’s really good, my cousins are here this week.”

Defending champion Miguel Angel Jimenez made his second hole-in-one of the season and the ninth of his European Tour career on the eighth hole. Jimenez’s ace equaled Colin Montgomerie’s European Tour record.

The 51-year-old Jimenez sits six shots back heading into the weekend.