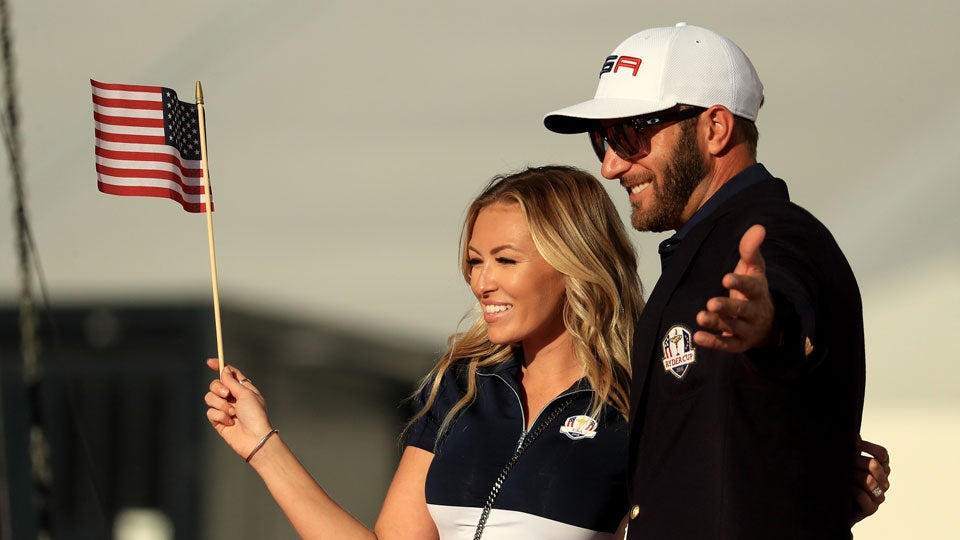 Congratulations are in order for Dustin Johnson and Paulina Gretzky.

Paulina took to Instragram to announce the impending arrival of the couple’s second child. And it looks like baby no. 2 won’t be the only new addition to the Johnson/Gretzky household: Paulina also recently introduced the family’s new puppy, Perla, a French bulldog.

Johnson and Gretzky have been engaged since August 2013. They welcomed their first child, son Tatum Gretzky Johnson, on January 19, 2015.

While the two have yet to be married, fatherhood apparently agrees with the world’s no. 3-ranked player. Since Tatum’s birth, Johnson has won four times on the PGA Tour, including his first major championship, the 2016 U.S. Open.