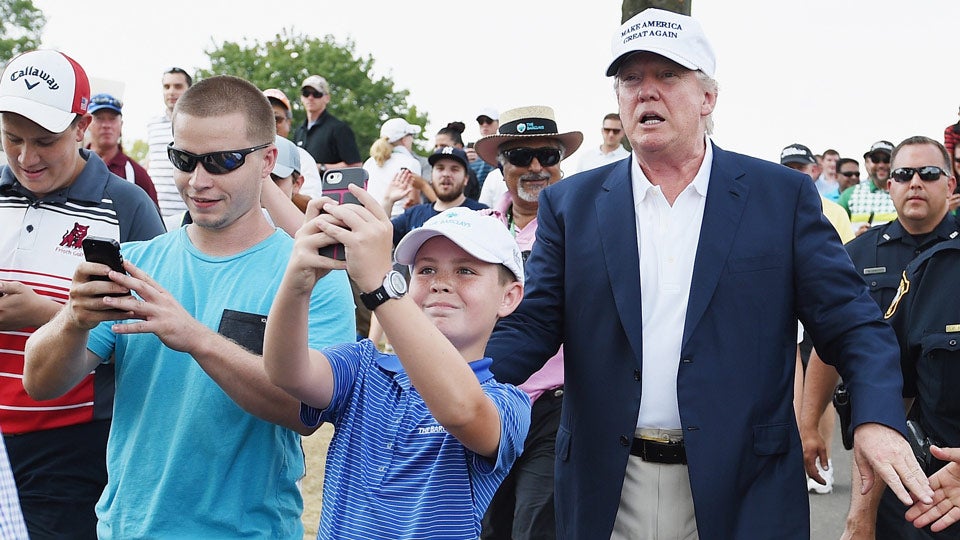 Donald Trump poses for photos with fans at the 2015 Barclays.
Getty Images

Donald Trump has said a lot of outrageous things while running for the Republican nomination for president in 2015, often warning of dire consequences if he is not elected next November.

Now, Trump has a warning for golfers in the United States: if Democratic contender Bernie Sanders is elected president, there will be no more golf.

While speaking at a rally in Hilton Head Island, S.C., Trump touched on a topic close to the hearts of the golfy locals in the area, saying:

“[Bernie Sanders] wants to tax you. Think of it. This guy wants to raise your taxes to 90 percent. No, no, think. You’ll have to move out — I love this area by the way, I’ve been here many times. Great golfing area, right? We love it. No more golf — no more golf. You won’t have any golf any more. You won’t have any money left to be golfing.”

Trump owns many golf courses around the world, though his controversial presidential candidacy has threatened his standing in the game and has forced major golf organizations — including the PGA Tour — to consider moving events from Trump-owned courses.

You can watch Trump’s comments below, beginning at the 55:05 mark.