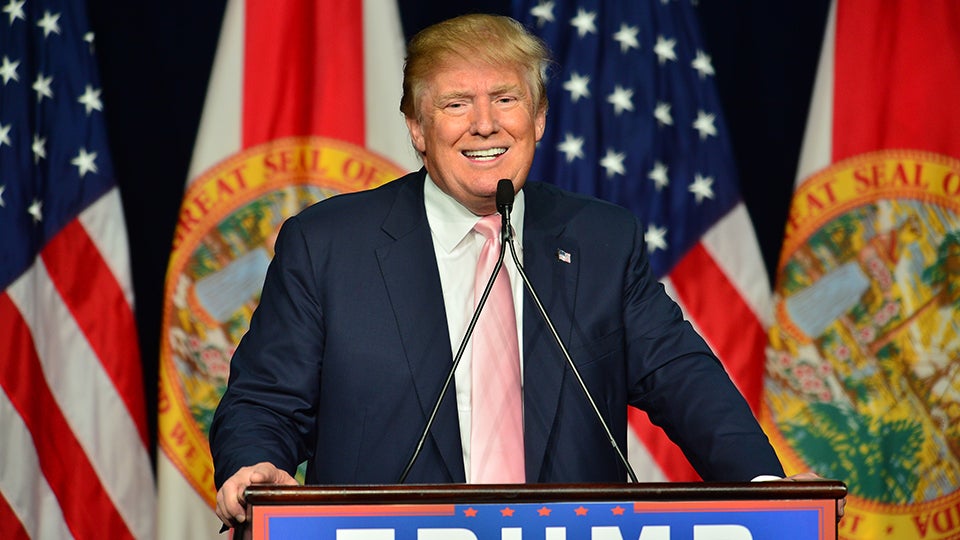 In fact, fixing America might be easier, according to the Donald.

At a rally held at Trump’s Doral golf resort on Oct. 23, Trump said that fixing America’s problems would be an easier task than rehabilitating the golf course was. “In its own way, doing it for the United States might be easier than what we had to do here, as crazy as it sounds,” he said.

The presidential candidate cited an anonymous supporter who told him, “If you could do the same for the United States as you did here, it would be unbelievable.”

You may also like Donald Trump Blasts Bandon Dunes, Calls Course ‘A Toy’

Standing in front of American flags in his customary suit and silk pink tie, Trump talked about his father’s love for the Doral courses and his “beautiful swing.” Trump also discussed the deal he struck to buy the property with negotiators he describes as “beautiful guys” wearing red suspenders.

Trump seemed to love the comparison between his plans for the presidency and his work on Doral, praising the “older fellow” who approached him outside the rally. “He said, ‘Mr. Trump, I haven’t been back here for 25 years. It was in very, very bad shape…[Now] this place is magnificent.”