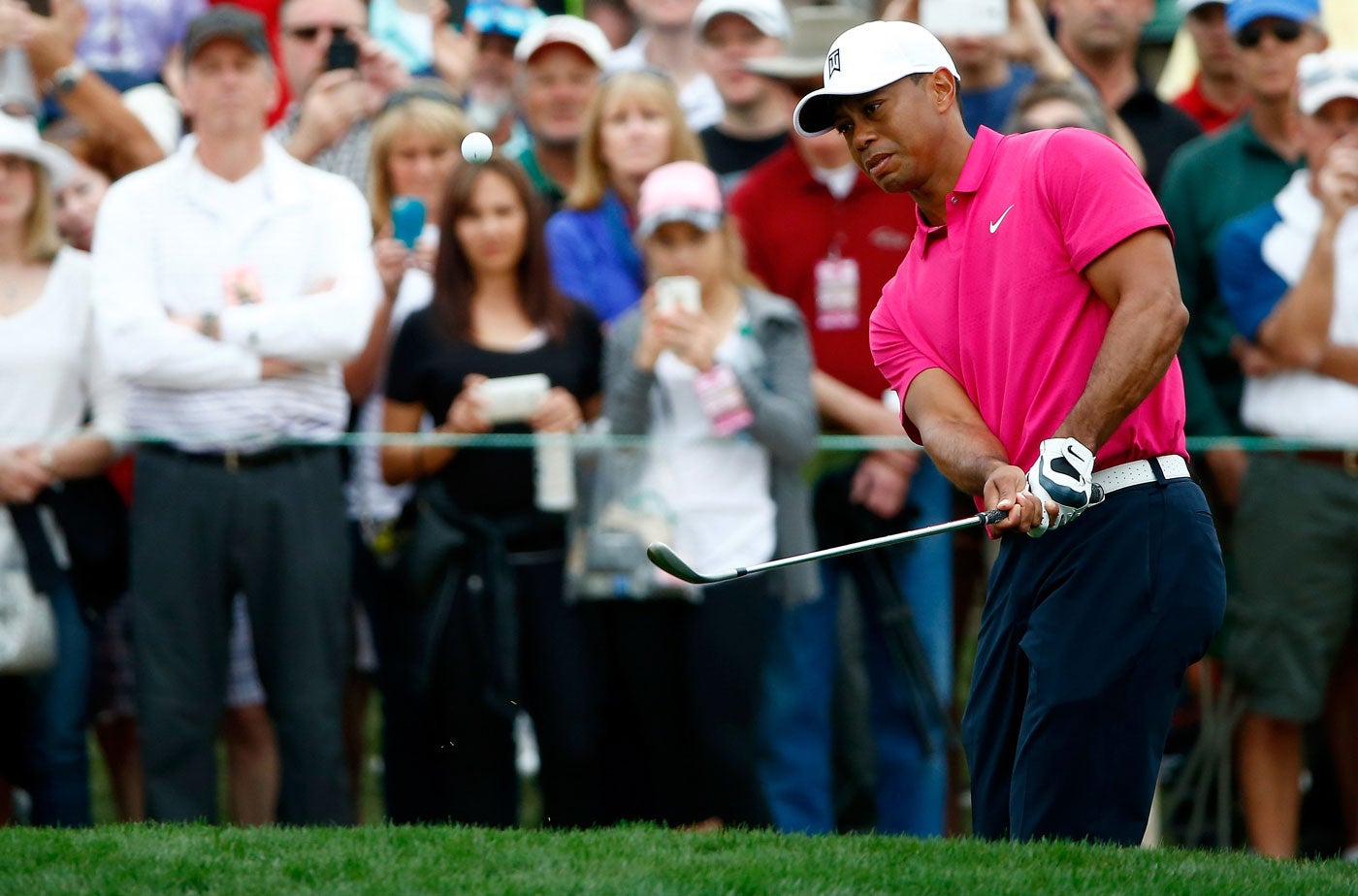 Sports Illustrated’s Gary Van Sickle said it looked like Tiger Woods had the chip yips after his opening round at the Waste Management Phoenix Open.

After watching Woods struggle to a career-worst round of 82 on Friday, including several skulled chips across the green, we posed the question to our Top 100 Teachers: Does Tiger have chipping yips?

If Tiger does indeed have the yips, Anne Cain, Master Instructor at the PGA Tour Golf Academy in St. Augustine, says she’s seen it be managed with a left-hand low grip around the green. Jason Carbone, Director of Instruction at Baltusrol GC in New Jersey, says he has had success curing the chip yips with one player, but it is at least a year-long process.

Maybe it’s not the yips. Some Top 100 Teachers think it’s a lack of confidence borne from confusion on how exactly Woods wants to hit each shot around the green. Others think he’s mismatched on his angle of attack and release.

Woods used to be one of the best players on Tour around the greens, but his scrambling ability has followed the rest of his game in a downward turn. E.A. Tischler, Teaching Professional at Inverness GC in Toledo, Ohio, thinks he can still get it back.

“I believe Tiger will regain his tremendous touch, especially if he is given the proper information about what worked best for him and why,” Tischler says. “The fact is, that program is still inside his mind, he just has to learn how to access it. Right now he is accessing programs he worked on with Sean Foley.”

Woods will return to action next week at the Farmers Insurance Open at Torrey Pines.