DJ, Rory and Rickie tee it up in golf’s most competitive member-guest 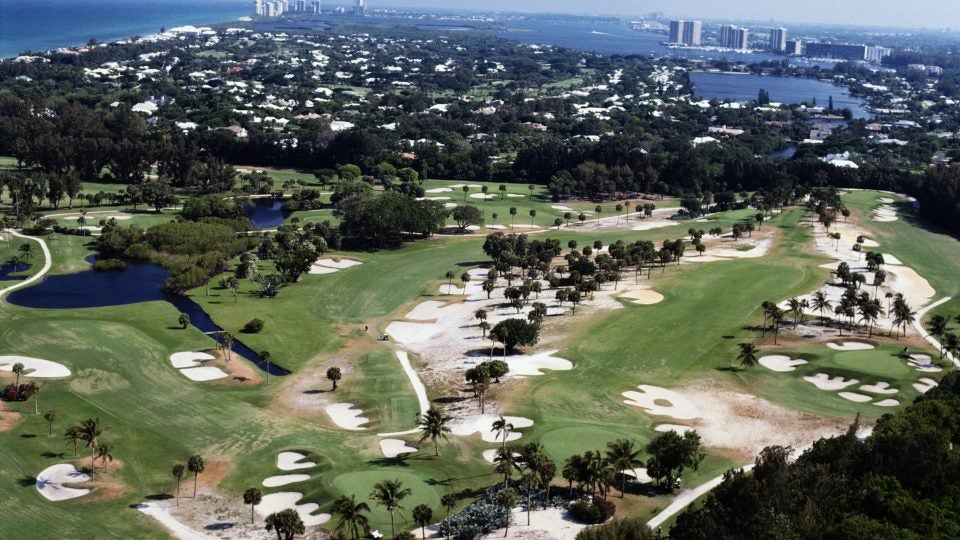 The Donald Ross-designed Seminole Golf Club attracts some of the world's top talent at its annual pro-member.
Getty Images

It’s one of pro golf’s most exclusive events, but you won’t find it on the Tour schedule.

Some of the game’s biggest stars, including Dustin Johnson, Rory McIlroy and Rickie Fowler, teed it up in the Seminole Golf Club Pro-Member on Monday.

It is surely the most competitive member-guest event in golf, but it was reinstated amateur Alan Fadel and Web.com pro Bo Hoag who emerged atop the loaded field, defeating Fox Sports producer Mark Loomis and four-time Tour winner Steve Flesch by a shot.

Flesch, clearly pleased with his finish, tweeted the full results.

Great day at Seminole Pro-Member. Think I picked up some much needed World Ranking Points too! pic.twitter.com/keLY7V80By

2nd page. Seriously, I may have gotten into the WGC Mexico with this finish! #ballin pic.twitter.com/SmwNIo9Big