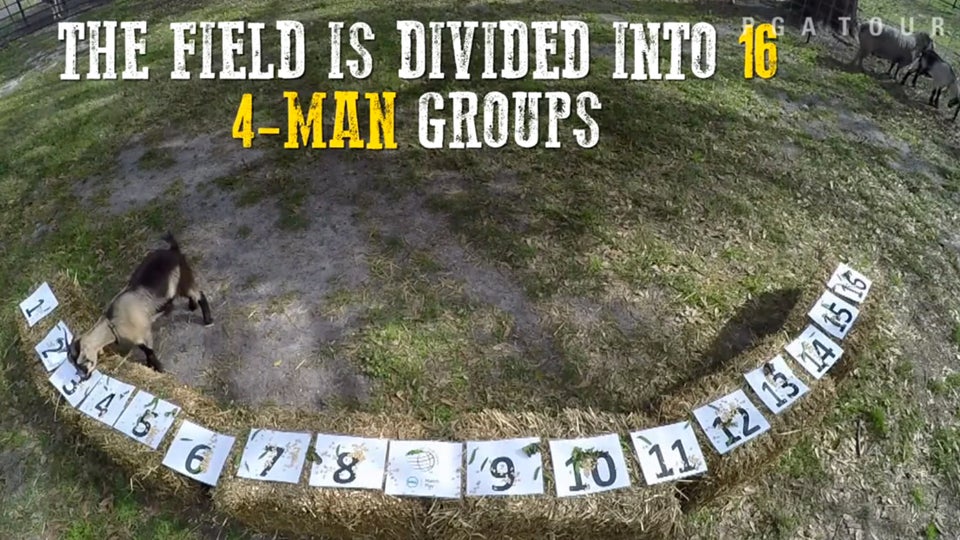 One particular goat sure knows its golf.

Meet Divot the Goat, who was tasked with predicting the winner of this week’s World Golf Championship-Dell Match Play.

First, the goat had to select which group of the 16 would have the winning player, and he did so by picking to eat from the bale of hay that belonged to group three. (Sources say there were equal amounts of food on all bales, by the way.)

From there, Divot moved to four more bales of hay — A, B, C and D — and each represented a different golfer from the group: Rory McIlroy, Kevin Na, Smylie Kaufman and Thorbjorn Olesen. Divot, wasting no time, went straight to Player A, which meant — wait for it — that McIlroy wins!

RELATED: The Match Play Is Back and Better Than Ever

McIlroy won last year’s match play, too, so it was a good, if not predictable, pick by Divot. You can watch the PGA Tour video’s below.