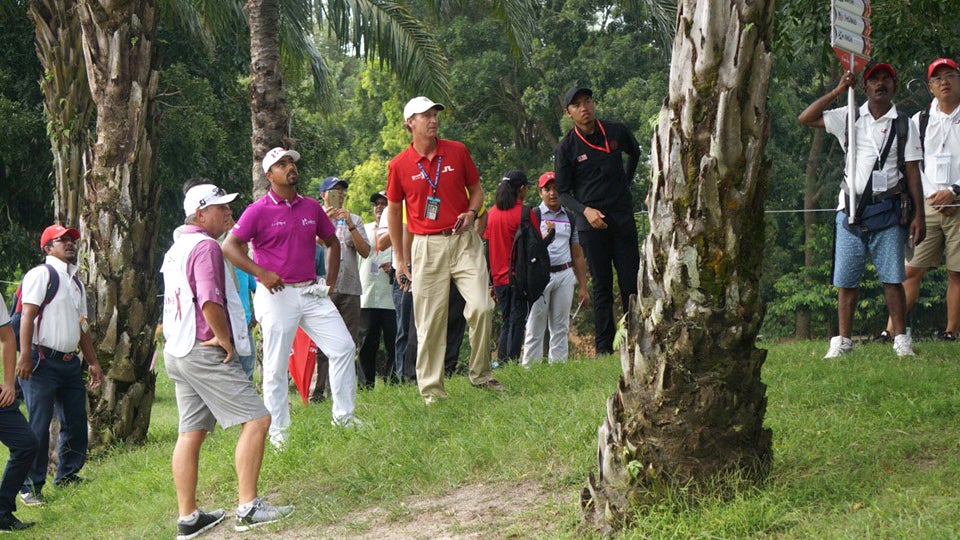 Anirban Lahiri had one of the strangest four-hole stretches so far this season on the PGA Tour.

Lahiri led the CIMB Classic by four strokes after 54 holes, but he ran into trouble on the 3rd hole of his final round when his tee shot landed in a tree and forced him to re-tee. He stumbled to a quadruple-bogey 9 that resulted in a five-shot swing.

Lahiri bounced back after his quad, though, birdieing the 4th and eagling the 5th before a bogey on 6. He ended the tournament tied for third, four shots behind winner Justin Thomas.

Ball stuck in a tree.
Quadruple-bogey 9.

On the 1st tee: Leader by 4
On the 4th tee: Behind by 2#GolfIsHard pic.twitter.com/7NY7NEQkD9