Did that just happen?! Twelve takeaways from a British Open we won’t soon forget

The to-go concept exists in the U.K., but it goes under a different name: takeaway. In fact, I did takeaway porridge on Open Sunday. Here, in another context, are other takeaways from the wild week. I’ll limit myself to 12. Special prize to the first person who can explain the golfing significance of the number.

1. The R&A has it right. Select a course, let ’em play. Royal Birkdale was perfect. That does not mean the U.S. Open and the USGA should do what the R&A does. What is evident is that Augusta National really knows what it wants the Masters to be. The R&A, for the Open, the same. The USGA needs to define what it wants the U.S. Open to be. These three events must each have a truly distinct identity. As for the PGA Championship, I point you to the August issue of GOLF (on newsstands now!), and the short piece on its last page.

2. Jordan Spieth would have been good in any era, just as Tiger would have been. He could have played with any equipment, and he could have played the hardscrabble motels-and-highways Tour that Hogan came up on. What is the evidence? His number one asset is his golfing intelligence. The 2016 Masters got away from him, and it’s never coming back. But he learned from it.

3. You cannot ask Dustin Johnson to be Jordan Spieth, Dustin Johnson is see-ball, hit-ball. He’s an extraordinary golfer. The microphone is not his friend. Spieth, most particularly in his Sunday night press conference, shows you the utter depth of his mind, his capacity for empathy, how self-aware he is, how grounded he is. At 23. A tip of the hat to his parents, his siblings, his schoolteachers. Part of it is DNA but not all of it.

4. I can think of few players who ever showed more public pain than Matt Kuchar did at the Sunday night awards ceremony, on the 18th green. He held that silver runner’s-up plate in front of his naval, the smile gone, almost trembling. He’s a multimillionaire many times over, with a beautiful wife and two adorable children. But he’s also a golfer who knows the pain of coming up short, and he did not conceal that. His I-could-taste-it press conference was a study in grace. [image:13892916]

5. I can’t claim this as my own: Most caddie-player relationships have, at their heart, a built-in antagonism. It is not logical but it’s there. Many marriages are much the same. There’s competitiveness, there’s resentment, there’s an undercurrent of unhealthiness in them, amid the often many things that go well. The Michael Greller-Jordan Spieth relationship is a true partnership, in good times and in less good. I believe the root of the relationship is not golf but faith.

6. Rory’s coming back, and not a moment too soon. He was all swagger last week, swinging the club beautifully, knocking down flagsticks, taking aggressive lines. He’s too good to go too long without winning again, and soon.

7. Spieth got the worse of the weather on Thursday and Friday. Some years that is more meaningful than others and this year was on the not-that-meaningful side of the spectrum, but to put a crude measure on it, I think the course played a half-shot or shot harder on Spieth’s early-late tee times, as opposed to those who had it the other way around. 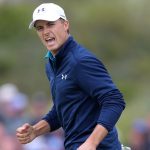 8. It is a far, far better thing to have all the players go off the first tee on Thursday and Friday, as is done at the Masters and the British Open. The U.S. Open and the PGA Championship should make whatever adjustments are necessary to do the same and not use the two-tee system. Among other things, it’s inelegant.

9. Where does this endless supply of the Oldest Members come from at these old-line British clubs? It is a generation that does not get older and will not die. The fluffy white eyebrows. The striped ties with striped shirts. Shoes in a distinct shade of old-money brown. Accents with shades of Oxford and Eton and the RAF circa 1942. Henry Longhurst.

10. Did you know that when Arnold won at Birkdale in ’61 by a shot he called a shot on himself for a ball that moved in a bunker while he was playing it? Nobody likely saw it. Except Arnold. And that made all the difference. 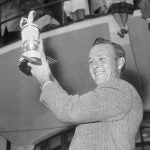 You may also like How Arnold Palmer’s 1961 win at Royal Birkdale took the Open, and Arnie, to new heights

11. I am not a collector of pins or anything else. Jimmy Roberts of NBC Sports gave me his Palmer logo umbrella pin right off his jacket, and his gesture, and the pin itself, are meaningful to me. Arnold was no saint. He was a human being as we all are. But he enjoyed the hell out of life and for that and other reasons he is a hero, of a kind.