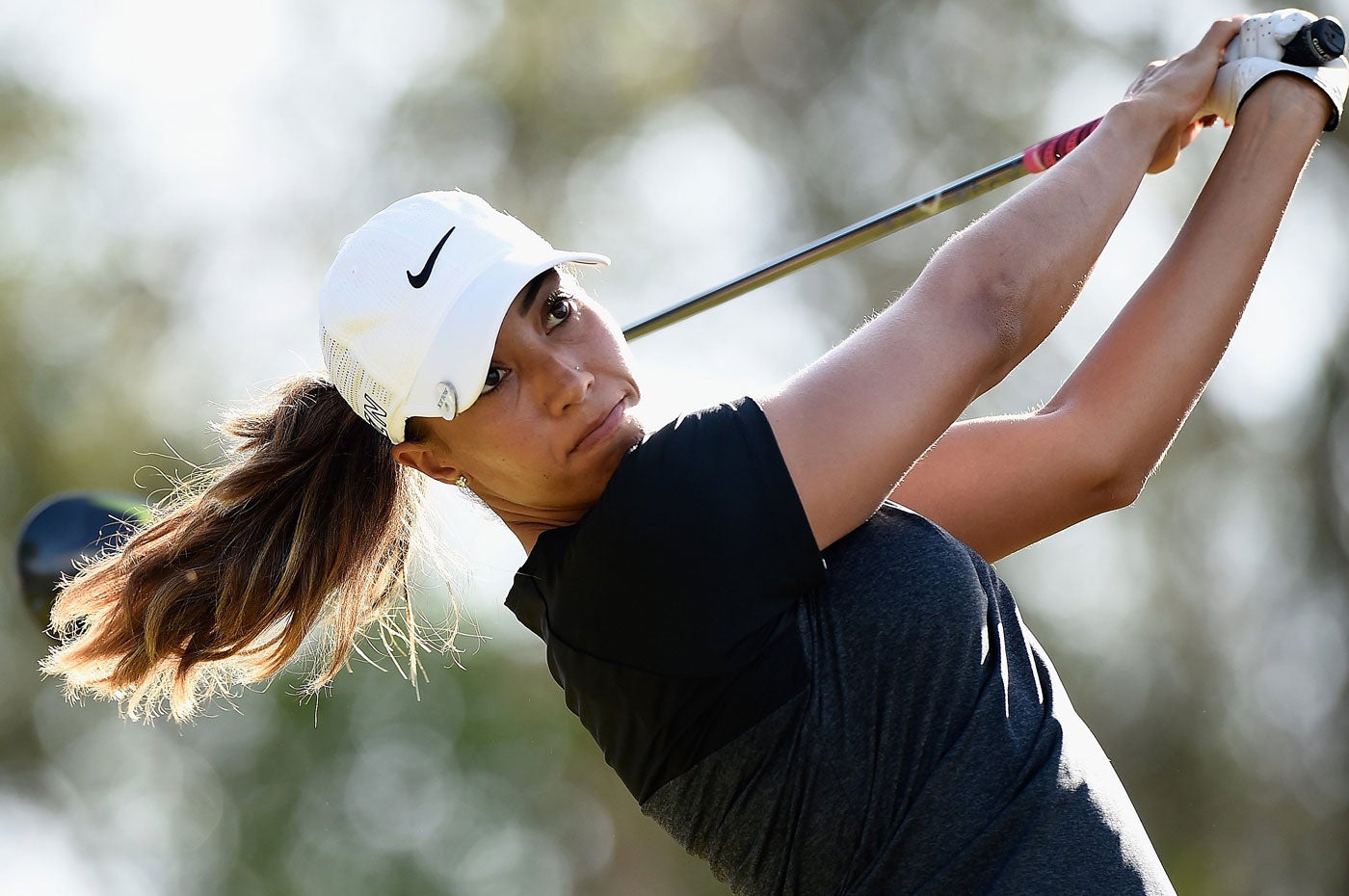 Cheyenne Woods, 23, Professional Golfer: "Growing up as Tiger’s niece and being known as Tiger’s niece has molded my career. He's been in my shoes before." See her full gallery.
Jeff Newton / Eagle Mountain Golf Club

GOLD COAST, Australia (AP) Choi Eun-woo and South Korean-born Australian Oh Su-hyun shot 4-under 69s to take a share of the lead after Thursday’s first round of the Australian Ladies Masters at Royal Pines.

The 18-year-old Oh, playing only her second tournament as a professional, was 1-over after beginning her round on the back nine, but made four birdies and an eagle over her last seven holes.

She led until South Korea’s Choi, in one of the final groups, went to the top of the leaderboard, only to lose the outright lead with a bogey on her final hole.

They were a shot clear of four players who shot 70: England’s Holly Clyburn and Charley Hull, Australian Katherine Kirk – playing with borrowed clubs and clothing because her luggage went missing – and Norway’s Caroline Martens.

Defending champion Cheyenne Woods of the United States shot 73 and English veteran Laura Davies had a 74.

”I got off to a really slow start, and then it all kind of unfolded at the end,” Oh, from the southern Korean port city of Busan, said. ”I was happy with the finish.”

Clyburn was the overall leader at the turn with four birdies after a bogey-free front nine. But the 24-year-old admitted fatigue hit her hard on the back nine as she dropped two shots in her last four holes.

”It was a lot hotter than last year from what I can remember,” Clyburn said.

Kirk, wearing old clothes kept at her mother’s house, had three birdies on her back nine after stealing a belt from her father, Frank, to prevent her shorts from falling down on the course.

”It was black so I was thankful it matched the outfit,” Kirk said. ”I’m on the last loop, but it was better than the one I had so we switched out.”

Kirk, the 2009 Australian Masters champion, arrived in Brisbane from the Bahamas on Wednesday without her golf gear. She says she’ll be back with her own clubs – and clothes – for the second round.

”The pressure’s on to play better right?” she said. ”It was a guessing game out there with the irons and the hybrids and carry distances … they were pretty close but I certainly would feel more comfortable with my clubs.”

Woods, niece of Tiger Woods, said her round wasn’t ”anything too exciting.”

”I had two birdies, two bogeys, a lot of pars,” Woods said. ”I felt like I hit the ball well, I just didn’t make a lot of putts. So hopefully tomorrow I’ll fix that and figure it all out.”