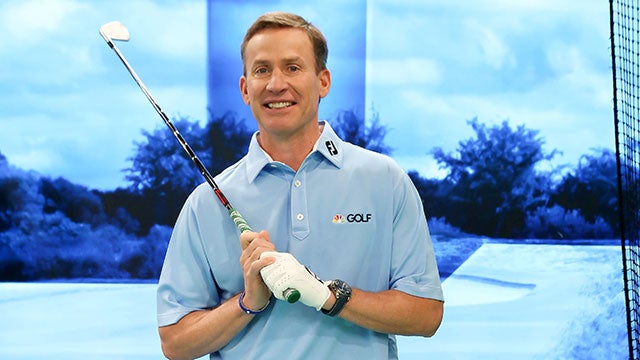 The Top 100 Teacher reveals why Pierce Brosnan would play him in a movie and the time he saw a golf cart driven into a pond at Augusta National.

What is your secret talent?

Something you’re terrible at, other than the guitar? Just kidding. You said it, not me.

No I’m terrible at it. Something else I’m terrible at is drawing. I cannot draw a box. It’s that bad. And every time I tried to get good at it, it’s just been a disaster. I have been made fun of for my inabilities to draw since I was a wee lad. It’s brutal.

No Pictionary for you! If you could see any musical artist in history, front–row tickets, who would it be?

I’ve had great fortune, so I’ve seen Springsteen and I’ve seen the Stones. Phil Vassar is the guy who I’ve become friendly with and good friends with his band members. Phil Collins is somebody I really liked a lot when he was doing what he was doing. I always admired his ability to play all the different instruments. But I would say if there was one person that I would like to go and watch front row, it probably would have been Michael Jackson. Not just because I think he was always sort of pushing the envelope in his music but also as a writer and then obviously as an entertainer and a dancer. Very gifted.

What’s the strangest thing you’ve ever seen on a golf course?

I didn’t see this happen, but I arrived after it happened. I was working at Deepdale and the 12th hole runs right along the access road for the Long Island Expressway. Apparently a car broke through the fence that sort of bordered the 12th hole and flipped up on to its top. The top of the car went upside down and went skidding and rotating into the fairway at No. 12. I think the funniest thing that I ever saw was when I was working at Augusta National I saw my good friend take a golf cart and put it into a pond on No. 8 at the par-3 course. It was hysterical. And Ted, you’re welcome.

If you are writing your autobiography, the story of your life, what’s the book’s title?

I Think I Can is probably the name of that book. Or I Think You Can. One of those two. I’m a big believer in hope and providing hope for people. And that’s one of the reasons why I do what I do.

What movie star plays you in the movie version of that book?

I have a nephew who’s an actor, and I would say he would play me. If it would be someone that we would already know, I would say just because my wife loves him, I would say Pierce Brosnan, though I look nothing like that guy.