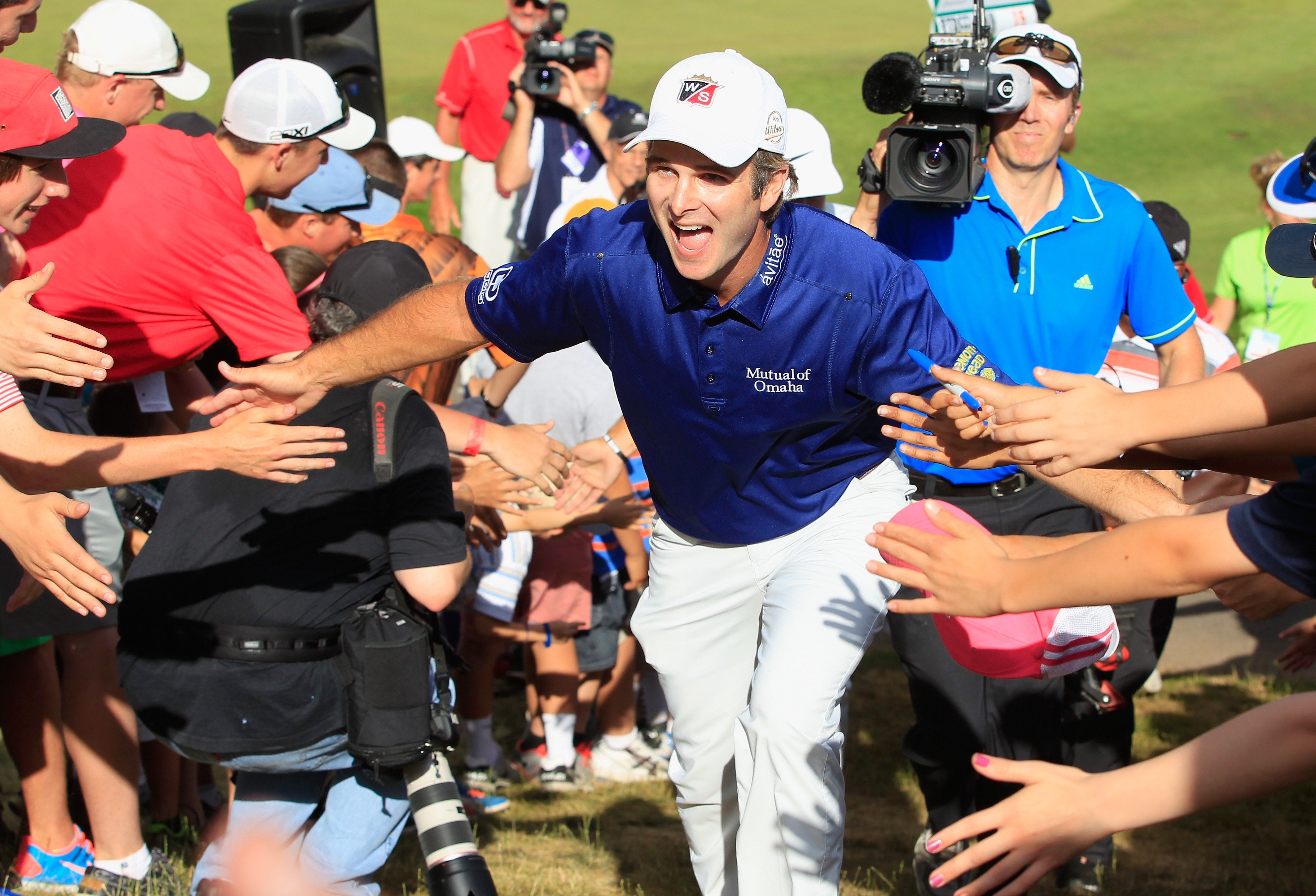 The two-time PGA Tour winner, 36, sounds off on his memorable seven-birdie binge, his major quest and why he’ll always bleed Duke blue.

You won the Travelers Championship last year. What was it like to return as the defending champion?

Really enjoyable. That community is very special; it means quite a bit to me and my family, the way they’ve treated us, the way they keep in contact with you, how they take care of the fans. That’s why I insisted my parents and in-laws come with me. There’s a reason the Travelers is the only event I’ve played every season I’ve been on Tour.

Do you think back to your seven-birdie streak to close that event and ask yourself, “How did I do that?”

It’s something I’d never done before, I haven’t done since, and I hope to do again. But to do it in that moment, when I needed it, will probably go down as one of the highlights of my career. It’s something I’ll never forget and for [TPC River Highlands] to honor it with a plaque out there is pretty cool.

During your first couple of seasons on Tour, you didn’t earn much money, until 2008, when you cracked $1 million for the first time. What clicked?

That attitude had to give you a certain level of mental strength.

I had to go out and get it. That made me tough. It made me mentally tough and continues to this day. I love being in the fight on a Sunday.

I go back to the [2013] Players Championship, where I finished second. That field is arguably stronger than any major, so to have that finish and just have Tiger clip me by two strokes coming in was huge for my confidence. Then finishing 12th at this year’s Masters, 12th at the PGA a few years ago — you just keep inching up.

It’s interesting to hear that a losing effort was good for you.

I knew I was good enough. That’s more than half the battle. It’s one thing being out here — you look at any of those swings on the range, they’re all phenomenal — but when the heat is turned up, it’s what’s between your head and what’s in your heart.

How does a kid from the Chicago area end up at Duke?

I was very fortunate. Rod Meyers was the coach when I was there. He was at an AJGA event — I’ll never forget. He walked up about [arm’s length] and for nine holes, he followed me as closely as he could get without me hitting him with my swing. I think it was to put a little heat on me and to see what I had. So I played well there. He invited me to go on an official visit and, being a Chicago kid, to be able to play golf year-round was [ideal] for me. I worked hard on my grades and I was able to get into Duke academically. We didn’t have a lot of money…I was able to get just enough of a scholarship where my parents could afford the rest.

When was the last time you were at Cameron Indoor Arena?

I haven’t been since the year after I graduated. It’s tough because the season is January, February and March, which is when we are on the West Coast and if I have an off week, I pretty much want to be home [in Arizona].

Were you at this year’s NCAA title game?

No, I wasn’t, but I can tell this story that is pretty funny. My senior year, 14 years ago, was the first time I went to the Masters. We were playing Augusta State’s tournament the week before, and they give all the kids Monday practice-round tickets, so I spent all Monday morning at Augusta. I’ll never forget watching David Duval hitting wedges in the short-game area, so crisp and tight. Tiger is obviously unbelieveable at that time. It was the most inspiring day of my life professionally because I was about to graduate and give this thing a shot. Then we drive back to Duke that afternoon and that night they win the national championship. We were up until seven or eight in the morning having a blast, burning benches. Then, fast-forward 14 years later, I’m playing in the Masters, watching Duke win again on TV.

Let’s put you to the test. Can you spell Krzyzewski?

Close enough. Do you and Davis Love III ever talk about the Duke-North Carolina rivalry?

Yeah, my tees all have Duke written on them, so I’ll walk over sometimes and just throw them in front of where he’s hitting balls.