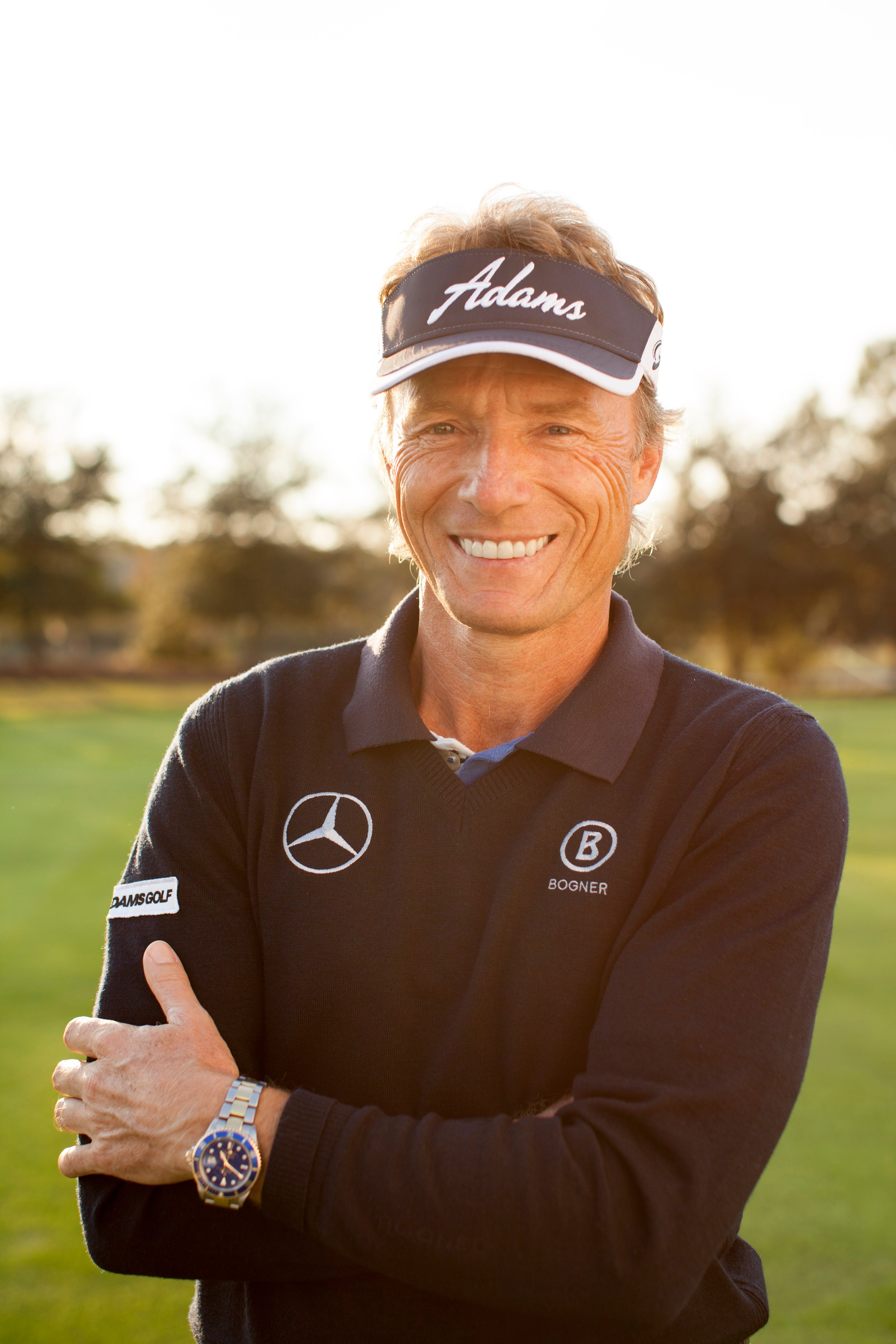 Langer has shredded the senior circuit and even contended (T-8) at Augusta in ’14.
Ben Van Hook

Two-time Masters winner (and Champions Tour juggernaut) Bernhard Langer sounds off on his futility at video games, on making golf his calling and on his icy inclinations.

What’s the strangest thing you’ve seen on a golf course?

I’ve seen a lot of crazy stuff, but one immediately comes to mind. Final hole of Q-school, I can’t remember who the player was, but he hit a perfect putt in the center of the hole and it hit the rim and bounced right back out. He missed by one shot, so he didn’t have a job for a year because the greenskeeper didn’t set the cup correctly.

Away from golf, what are you really good at?

Well I’d like to think I’m a decent father, but that’s still a work in progress. I’m working on being a better husband as well. What I’m really good at is other sports. I love skiing, I’m pretty good at Ping-Pong, soccer; all sorts of sports that require hand-eye coordination.

What is something you wish you were better at?

I’m terrible at those video games where you have to multi-task. My son loves playing the soccer games, but I’m so bad at them it’s not even funny.

Are there younger players on Tour now who remind you of yourself?

Martin Kaymer comes to my mind. He’s focused and a hard worker and very determined. He sets his goals and knows where he wants to be in a year or two, and he doesn’t get sidetracked by what the media says or outside influences. He’s got a very old head on his shoulders. I like that about him.

If you could only play one course forever, which would it be?

Augusta National. Simply for the beauty and challenge of the golf course.

At what point did you realize you could make a living playing golf?

I finished school when I was 15, after nine years of basic schooling. I knew I wanted to be involved in golf in some shape or form. The best thing for me at the time was to become a golf teacher. So that was my goal. Had I done any other job, I wouldn’t have been able to afford to play golf. At the time it was very expensive in Germany. I realized at about 15 that golf was what I wanted to do, and becoming a tour player was a bonus. That’s more fun than standing on the range eight hours a day and teaching.

If you weren’t a golfer, what would your occupation be?

Probably something to do with sports — a coach or something like that. Whether it’s a ski instructor or some sort of coach, I’d love that.

Is there a place you like to go on vacation?

I love the winter scene: frozen icicles, snow flakes, the cold. I’m in hot weather pretty much year-round with green grass, so I love to see the opposite.