Davis Love III’s Keys to Victory at the Wyndham Championship 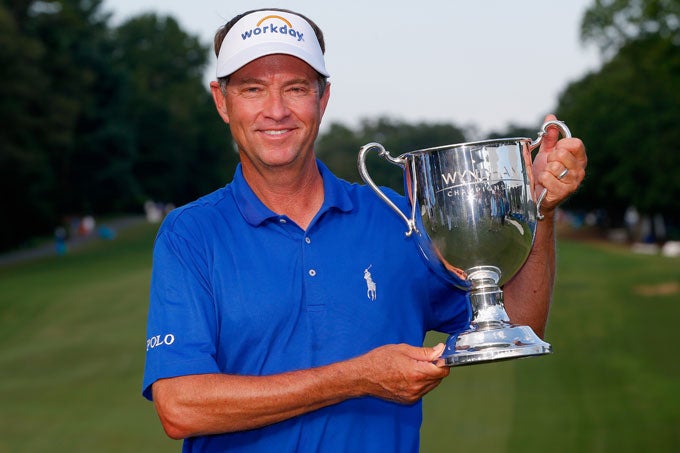 The 51-year old Tour vet claimed his first win in seven years with a clutch 64 on Sunday. Here are the numbers that made all the difference.

The Charlotte, N.C. native clearly felt right at home on the greens in Greensboro. He ranked third for the week in strokes gained putting, marking just the second time in 16 starts this season that Love has been in positive territory in that category. Love came into the week ranked 182nd in strokes gained putting, and has broken the top 100 only once (97th in 2012) over the last six seasons.

Love didn’t just putt for dough this week, he also put on a show off the tee, ranking T-10 with 40 fairways hit. That may seem like a modest number, but the 51-year old came into the week ranked 67th in driving accuracy, his best showing since 1999 when he ranked 25th.

Despite posting bogeys on the 1st and 7th holes on Sunday, Love played holes 2 thru 6 at 6-under par thanks to four birdies and an eagle on the fifth. Love wasn’t done yet: he also knocked down a key eagle on the par-5 15th.