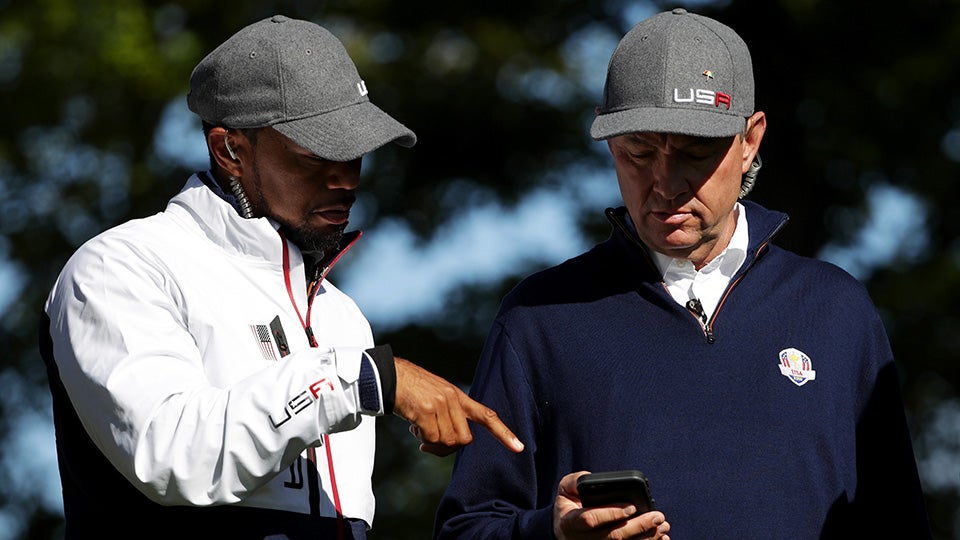 Davis Love III delivered high praise of Tiger Woods ahead of the RSM Classic Wednesday, showering the 14-time major winner with compliments for his role as a vice captain at the 2016 Ryder Cup at Hazeltine.

“Tiger was just amazing,” Love said during Wednesday’s press conference. “He had a great system. It really helped us on Sunday. We had already talked about Sunday pairings so many times that when the crunch time came, we knew what we were doing.”

Woods was announced as one of Love’s vice captains at the 2015 RSM Classic, and was brought on as the team’s ‘tactician.’ But Woods’ communication with the team seems to have been what made the differenc; Love credits Woods with inspiring Patrick Reed to victory over Rory McIlroy in one of the event’s most epic matches, as well as checking in with team members months ahead of the competition for long chats.

“We were a team,” Woods said following the Americans’ first Ryder Cup win in eight years. “Whether I was playing or not I was a part of a team. Our team won… My role was to help the team however possible, and I hope I’ve done that.”