Any concerns about the leadership capabilities of Phil Mickelson and Tiger Woods, at least with regards to potential Ryder Cup captaincy, have been squashed by Davis Love III in a recent segment on Golf Channel’s Morning Drive.

The 2016 U.S. Ryder Cup captain responded to Brandel Chamblee’s questioning of whether or not Mickelson and Woods deserve to captain a Ryder Cup team, saying:

“If you’ve been paying attention to the last few Ryder Cups or Presidents Cups, Phil Mickelson and Tiger Woods have become respected leaders of this team. Whether you’re playing in Korea or Medinah, these guys have stepped up to the plate and been leaders. So now the players respect them, they look to them for leadership and they’re expecting that in the future.”

Earlier in the week Chamblee spoke out against granting Woods and Mickelson leadership roles in the Ryder Cup, saying players who “didn’t show interest or passion” for the event as competitors are undeserving of such roles. Chamblee also said that Mickelson “corrupted this team from the inside out,” and cited examples from multiple Ryder Cups including 2004, 2012 and 2014. “Phil and Tiger, in my opinion, they don’t deserve it.” 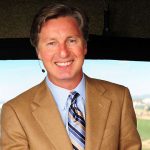 You may also like Golf Channel Analyst Brandel Chamblee Talks on GOLF.com’s Podcast

Though a controversial captain’s pick in the recent Presidents Cup, Mickelson proved his worth in Korea by going 3-0-1 en route to an American victory. Reports indicate that Woods reached out to Love about a potential captaincy role with the 2016 Ryder Cup team if he is unable to qualify for the team on merit. Both players seem eager for involvement in the Ryder Cup once their playing days are over.

“Tiger was really interested in the pairings and what was going on,” Love said. “Because of what we did at the task force, because of him being on the Ryder Cup committee, because of him being such a great advisor to me since I was announced (as captain) back in March, he’s like, ‘What are you guys doing over there? Why are you putting this guy with that guy?’

“Ryder Cup record really doesn’t have anything to do with being a leader, because Paul Azinger and Ben Crenshaw both had losing Ryder Cup records but they were great leaders as Ryder Cup captains,” Love said. “Being a leader and winning matches don’t always go together.” 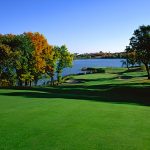 It’s unlikely that Woods will qualify for the U.S. team in 2016, given his poor play in 2015 and recent back surgery, but expect him to be involved at Hazeltine National based on Love’s comments. Whether it’s via points or a captain’s pick, Mickelson is all but a lock to compete for Team U.S.A. next year.