David Leadbetter on Split with Lydia Ko: ‘It Was a Bit of a Shock’ 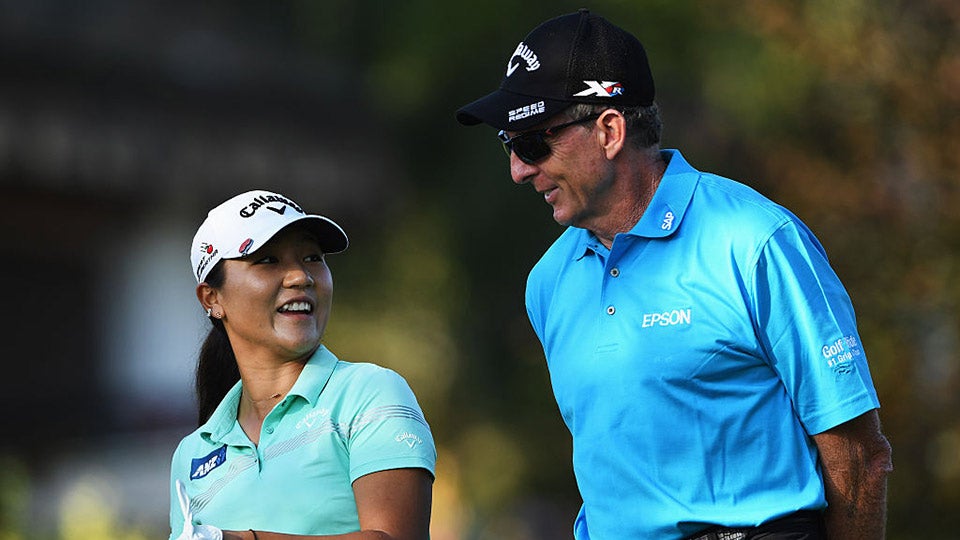 David Leadbetter and his student Lydia Ko in September prior to the start of the Evian Championship in France.
2016 Getty Images

In a surprising move on Tuesday, World No. 1 Lydia Ko fired her coach of three years, David Leadbetter. Leadbetter says the decision may have been influenced by Ko’s parents and their unrealistic expectations for the teenage prodigy.

In interviews on PGA Tour Radio and with Golf Digest, Leadbetter mentioned the interference of Ko’s parents in her career. “It was a bit of a shock. But there are other forces involved. The parents are involved,” he said of the split on Sirius XM on Friday. Leadbetter praised Ko as a role model and a “delight” to work with, but attributed her faltering performance in the last part of her season to parental pressure and too many commitments: “With all these outside pressures and people in her team, I’ll call it that, expecting that she should win every week…She’s not a machine.”

Leadbetter’s comments about Ko’s parents to Golf Digest were even more damning. “They tell her when to go to bed, what to eat, what to wear, when to practice and what to practice,” he said. “And they expect her to win every tournament. They are good people, who love their daughter and want the very best for her…But they are naive about golf. And at some point, they’ve got to let the bird fly from the nest. I would often think, ‘It’s not easy coaching three people.’” Leadbetter said that Ko’s father had taken to correcting and criticizing Ko’s swing, overwhelming his daughter with extraneous and, Leadbetter says, unhelpful information.

The coach dates Ko’s wobbling this fall to the Olympics, where she had her heart set on taking home a gold medal (a goal that was strongly encouraged by her father, according to Leadbetter). She walked away with a silver, and was “mentally and physically shattered” after the struggle to win was over. “There was so much pressure on her,” he said on the Radio.

For all she has accomplished in her short career, Ko is only 19-years-old. Leadbetter hopes his former student will find a way to navigate her own path. He said he was hopeful she would heed his final advice to her: “Take control of your life. Take control of your golf game. Make more of your own decisions.”

A successful 3-year relationship comes to an end with world number one Lydia Ko. Best of luck to you in the future. https://t.co/jYBfXrJ2hm