David Feherty: I Am Not Sure That Tiger Will Come Back 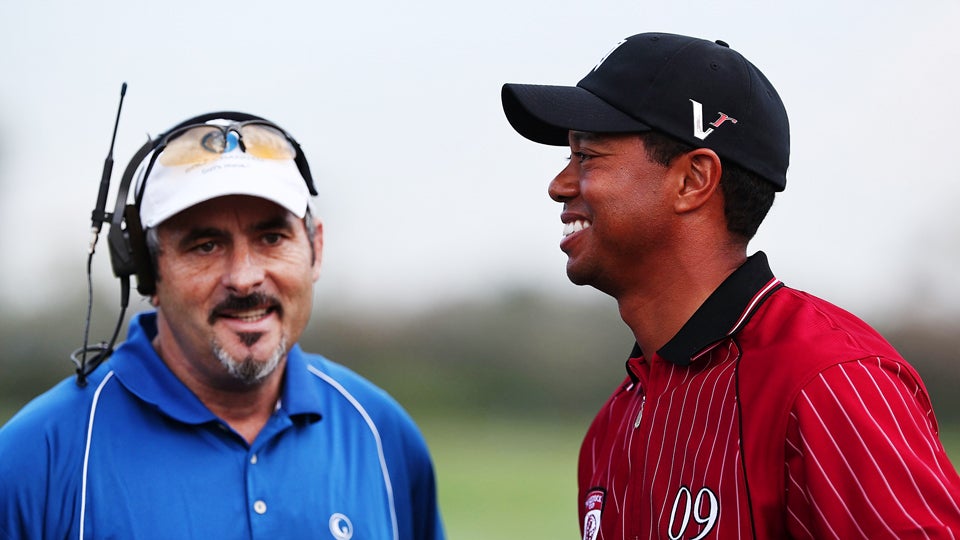 David Feherty has never been shy about offering his opinion and doesn't back down when it comes to Tiger Woods.
Marc Serota/Getty Images

“I am not sure that Tiger will come back because it is a nerve in his back. It’s not muscular or skeletal. It’s not something you can deal with in a physical way,” he told Irish Golf Desk.

“He is in phenomenal shape — just ripped as usual,” he continued. “But he is not able to make a full pass at it. I saw him a few weeks ago in Houston and he hadn’t played in five months and he hit some good shots and some awful skanky looking things.”

Feherty said in the interview he believes Woods is “too stubborn” not to keep trying, but Woods needs to find the proper motivation.

“There must be something about the game that has a hook because he could buy one of the Bahamas and declare himself a republic … I don’t think he needs to do this. He wants to do this. He really, really does. But I am not sure that he can.” The last we saw of Woods, he was dunking three straight balls in the water at the Quicken Loans media day, audibly groaning at how stiff he felt.

Feherty didn’t explicitly say what he thought a cutoff date might be for Woods to decide to hang up his spikes if he can’t get his body right. The reality may be that Feherty isn’t sure Woods can come back, because Woods himself is likewise unsure.

We won’t know until we hear from the man himself.