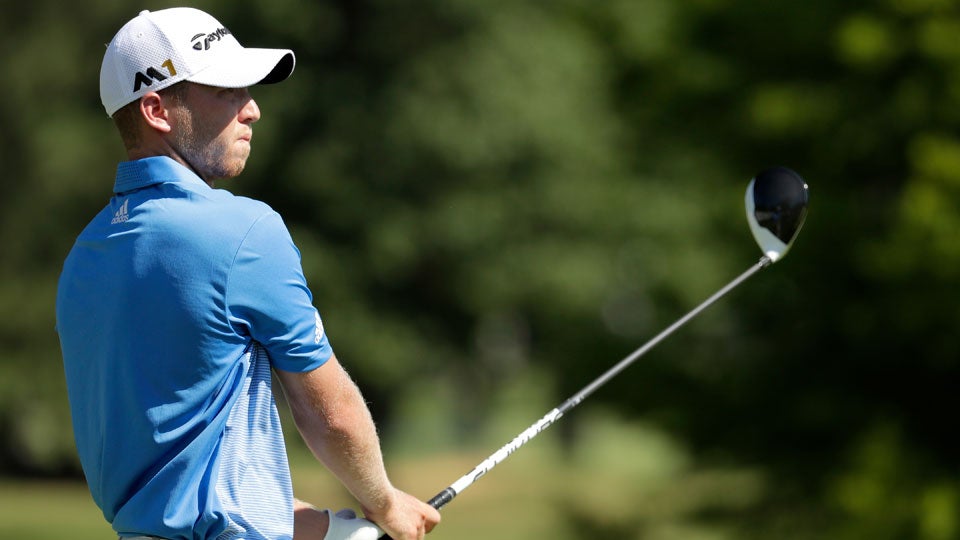 ORLANDO, Fla. (AP) — Daniel Berger got into the record book at the Arnold Palmer Invitational with the first albatross in Bay Hill history, holing a 4-iron from 237 yards on the par-5 sixth hole Saturday.

Berger’s second shot narrowly cleared the rocks that separate the green from the lake. It landed near the fringe and trickled into the cup for a 2.

“I hit a big iron,” said Berger, the 21-year-old rookie who lost in a playoff at the Honda Classic at the start of the Florida swing. “I flushed it. It landed perfect, and I didn’t see it go in, but the way the crowd reacted I figured it was either in or close. When I got up there, it was pretty cool to pick the ball up out of the hole.”

And where is the ball now?

The Arnold Palmer Invitational has been at Bay Hill since 1979, and the PGA Tour said no one ever made a 2 on a par 5.

For Berger, he hit for the cycle on the par 5s. He made a 2 on the sixth hole, an eagle on the 16th hole, a birdie on the 12th hole and a par on the fourth hole.