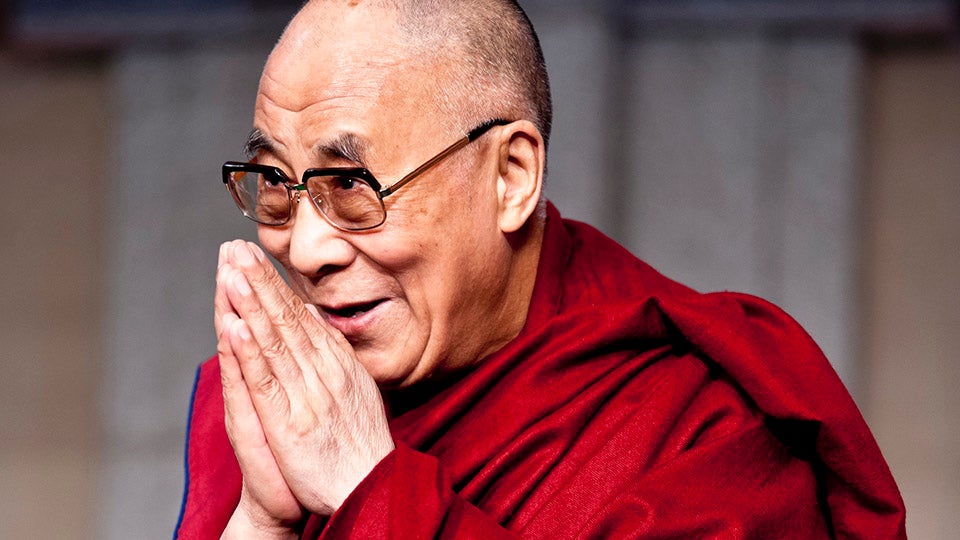 Tibetan spiritual leader the Dalai Lama is introduced to guests during "Dialogue in Tokyo" at Hotel Okura on November 17, 2013 in Tokyo, Japan.
Keith Tsuji

Has His Holiness the 14th Dalai Lama, Tenzin Gyatso, seen Caddyshack, one of the most famous golf movies of all time? The answer may surprise you.

Actually, it probably won’t, but that didn’t stop Fox News anchor Bret Baier from asking the question of the Tibetan monk during a Special Report segment. You’ll recall that in the movie, Bill Murray tells a story about the Dalai Lama.

“Last thing,” Baier concludes the interview, “Have you ever seen the movie Caddyshack?“

The Dalai Lama responds with a very confused, if not expected, “What?”

Far be it from us to know exactly what His Holiness does on days when he’s not dedicating his life to simple living, peacekeeping, and being the spiritual and political face of Tibet…but we don’t blame him if it’s not partaking in the sport and culture of golf.

Check out the clip below.