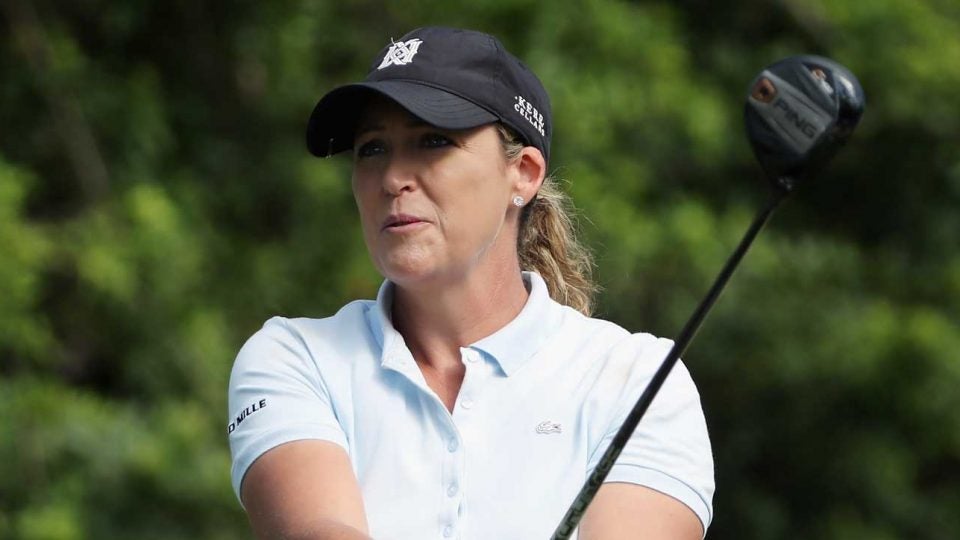 Dustin Johnson has had an incredible career. Twenty wins on the PGA Tour. A victory at the 2016 U.S. Open. Fifth on the all-time money list.

That haul is matched almost exactly by Cristie Kerr on the LPGA tour: 20 wins, including two majors (2007 U.S. Open, 2010 PGA Championship), and No. 3 on the all-time money list, trailing just Annika Sorenstam and Karrie Webb. The biggest differentiator between Kerr and Johnson: their winnings. Johnson has made more than $61 million in career on-course earnings, while Kerr has netted $19 million, or almost 70 percent less. It’s a discrepancy she cares about deeply, and one that she discussed in depth on the most recent episode of the GOLF.com Podcast, beginning at the 19:30 mark.

“I’m not saying we’re the same product as the PGA Tour, or that we should even make the same money,” Kerr said. “But we should not make 10% to 15% of what they make. I think that’s wrong. We’re getting there, but there’s no reason we can’t, in leaps and bounds, catch up. We need to catch up.”

Equal pay is as hot a topic as it’s ever been in sports, thanks in large part to the U.S. Women’s National soccer team winning the World Cup last weekend. U.S. star Megan Rapinoe, as well as many of her teammates, have spoke publicly, and loudly, about how they deserve to be paid more by the U.S. Soccer Federation.

Kerr, who was in New York City on behalf of Loch Lomond whisky, is an avid fan of the women’s national team. She applauds them for standing up and using their podium to fight for what they believe, and she thinks female golfers could stand to do much the same.

Kerr acknowledged that LPGA players do make a nice living, but only at the top of the food chain. She is more campaigning for leveling the playing field across the board, not just among the best players.

“It’s hard for me to even go to PGA Tour events, to see all the stuff that they have,” she said. “Even the caddies have their own van for meals and stuff. It’s hard for us to even get a meal at a golf course.”

You can check out even more of Kerr’s thoughts on that and her golf career in the podcast below. We talk about her partnership with Loch Lomond, playing golf hungover, the Solheim Cup and much more. Subscribe to the GOLF.com Podcast on iTunes here.