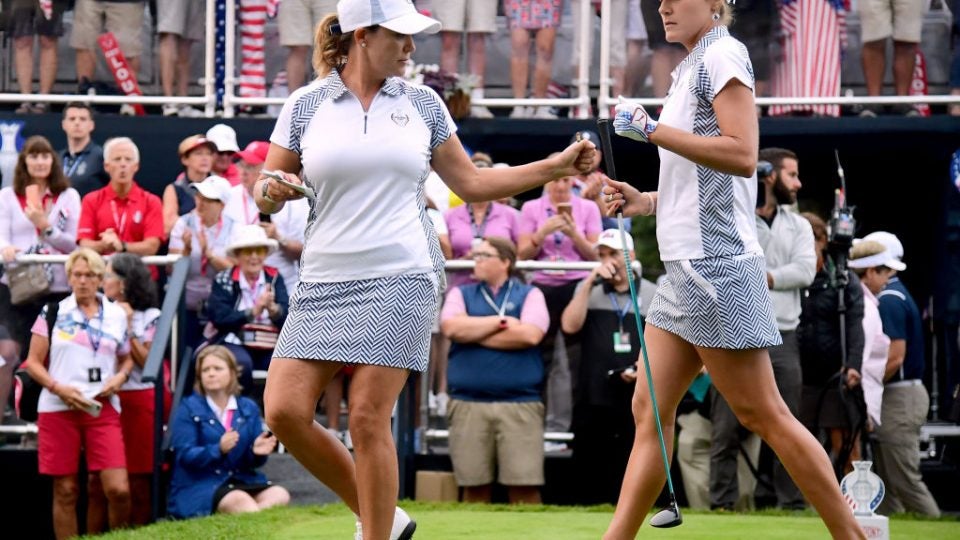 WEST DES MOINES, IA - AUGUST 19: Cristie Kerr and Lexi Thompson of Team USA react to their shot off the first tee during the morning foursomes matches of the Solheim Cup at the Des Moines Golf and Country Club on August 19, 2017 in West Des Moines, Iowa. (Photo by Harry How/Getty Images)

With a win in her match today at the 2017 Solheim Cup, Cristie Kerr surpassed Juli Inkster as the American with the most career points earned in the biennial event. Over nine appearances in the Solheim Cup for Team USA, Inkster (who’s now the captain), won 18.5 points for the United States. Kerr has been a member of eight Solheim Cup teams, winning a total of 19 points as of this morning.

Kerr’s new total still puts her six points behind the all-time points earned record, which belongs to Europe’s Laura Davies. Davies competed in an astonishing 12 Solheim Cups over the course of her career. Europe’s 2017 captain Annika Sorenstam is right behind her with 24 career points earned. 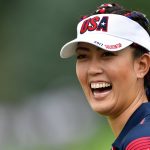 ‘Two putts to win? Nah. I’ll take one.’ @CKGolferChic and @Lexi put the first point on the board for the USA with a 5&3 win. #SolheimCup pic.twitter.com/AhTQ7hrTuM