Could you get out of this bunker? Euro Tour pros in for tough test at Hero Indian Open 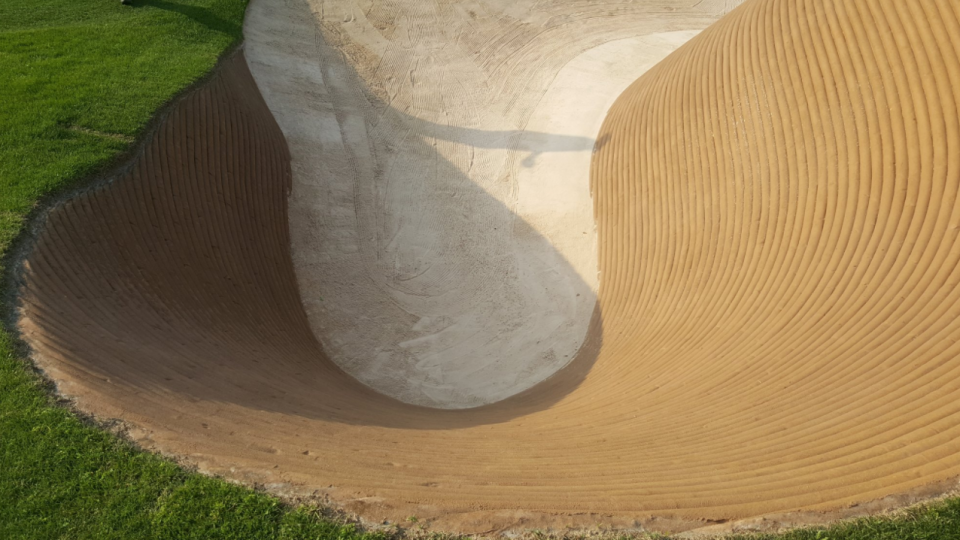 This bunker is one of the deepest bunkers ever created in the history of golf.
@KaufmanRichard

Bunkers are hard enough to get out of. Now picture one that’s 20 feet deep.

At this week’s Hero Indian Open, there is at least one thing we know for sure: avoid this bunker. The Gary Player-designed DLF Golf and Country Club in Gurgaon, India is beautiful and scenic, but drastically penal at the same time. Case in point, this bunker. Sky Sports golf commentator Richard Kaufman took a photo of the incredibly deep bunker and estimated it to be seven meters (22.96 feet). Euro Tour pro Joel Stalter posted a video of himself trying – and failing – to exit the bunker at its highest point. So we turn the question to you: do you think you could escape this bunker?

Weigh in with our poll below and then check out Stalter’s attempt.

Worth avoiding bunkers this week.