Confidential Daily: Who Will Win the PGA Championship? 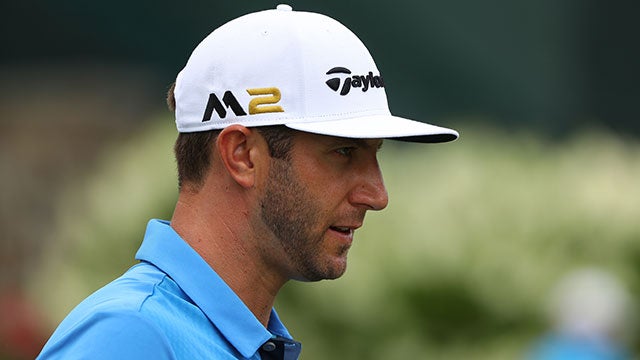 Dustin Johnson of the United States looks on from the putting green during a practice round prior to the 2016 PGA Championship at Baltusrol Golf Club.
Getty Images

1. We’ve arrived at the season’s final major, with first-timers claiming the Masters, U.S. Open and British Open. Who do you think will raise the Wanamaker Trophy on Sunday?

Cameron Morfit, senior writer, GOLF Magazine: Sergio wins! The hard-luck Spaniard, 36, aka Old Nino, takes inspiration from his pal Henrik Stenson, 40, getting it done at Troon and busts through at Balty.

Gary Van Sickle, senior writer, Sports Illustrated: I’d pick Phil except he never wins when we expect him to, only when we least expect it. Rory McIlroy is like the San Francisco Giants of golf, he’s been winning the PGA in even-numbered years: 2012, 2014 and, next up, 2016.

Jessica Marksbury, digital editor, GOLF.com: I agree, Gary. I like Rory’s chances. His quiet, back-door T5 at the Open showed that his game is coming into form. Plus, he’s super-long, which should be a big advantage this week.

Joe Passov, senior editor, GOLF Magazine: I was going to stick to my instincts and pick defending champion Jason Day, but then I saw what Dustin Johnson has done this year. Since November, 18 events, nine Top 5s, top 10 in his last six events, and with wins not only at Oakmont, but at Firestone, too, a golf course that has a very similar look and shot values to Baltusrol. It’s DJ, close.

Peter Bukowski, associate editor, GOLF.com: The way Dustin Johnson is playing I’m not sure how you can pick anyone else. His length means he’s going to have a lot of short iron and wedges into greens and his wedge game has been outstanding this season; he’s second on Tour in proximity to the hole.

Marika Washchyshyn, multimedia editor, GOLF.com: Phil! Surprise, surprise. He’s got momentum, course experience, and the fans on his side, not to mention his recent lights-out play. Lefty’s not letting another one get away this year.

Mark Godich, senior editor, Sports Illustrated: Let’s not overthink this. I’ll take Dustin Johnson, who is undoubtedly playing more free and easy after having gotten the major monkey off of his back. Also, Baltusrol demands that a player drive it long and straight. Nobody does that better than DJ.

Sean Steinemann, social media editor, GOLF.com: I’m going with J.B. Holmes. Why you ask? Because I made a bet with a coworker that he would win a major in 2016 and this is his last shot. He played well at the British Open, finishing in solo third … Although that was 11 strokes behind second place. I think that good play will continue and he’ll be leaving with the Wanamaker.

Peter Madden, senior producer, GOLF.com: I’m going with Phil Mickelson. He won this event last time it was played at Baltusrol and he’s coming off the round of his life at the British.

Jeff Ritter, digital development editor, GOLF.com: We’re one surprise winner away from 2016 going down as the Year of the First-Time Major Winner, and I’ll round it off with J.B. Holmes. He’s the only player other than DJ to record two top-10s in majors this year, and I was surprised he faired so well at Troon, where most guys dialed it back off the tee to stay under the wind. That tells me he’s driving it great, and as a player on the rise, this could be the week it comes together for him at a major.

Josh Berhow, staff producer, GOLF.com: You know the saying, “Fool me once, shame on you; fool me twice, shame on me?” That’s the only thing stopping me from picking Rory McIlroy to win the PGA. He failed me when I picked him to win this year’s Masters and U.S. Open, so I’ll go against my gut and pick someone else, like Sergio Garcia. I think he’s been on the grounds longer than anyone this week, and he’s finished T5 in the last two majors. DJ and Stenson got out from under the “Best Players to Never Win a Major” cloud the last two majors, and Sergio is next.

Sean Zak, assistant editor, GOLF.com: On multiple ocassions, Jordan Spieth has triumphed when we least expect it, as weird as that sounds given the short, dominant career he has thus far. He struggled before the Masters this year, struggled before winning at Colonial and struggled last year before winning the Tour Championship. His recent lack of consistency is just part of the ebb and flow of being one of the best golfers in the world. Sometimes you’re great, and other times you fall short of expectation. I think he rises back to form and wins his third major this week.

2. Who is a dark horse you think will contend at Baltusrol?

Marksbury: How about Branden Grace for a dark horse? He was close at the U.S. Open for the last two years (T4, T5) and third at Whistling Straits last year. I think the man may be due!

Steinemann: I’m going to have to pick Jhonattan Vegas. Vegas won last week’s Canadian Open just to get a spot in the season’s final major and heads to Baltusrol riding the high of winning and without any expectations. A dangerous combination in the professional golf world.

Passov: My dark horse pick is J.B. Holmes. He’s quietly having a solid year, with eight top-15s in his past 14 events, plus a T4 at the Masters and a T3 at the Open.

Washchyshyn: Bill Haas. He finished T9 at Troon and had a T3 at Congressional last month. He’s flirted with the top of the leaderboard a few times this year (Pebble, Valspar) so I’d like to see a surprise out of him this week.

Morfit: My sleeper is J.B. Holmes, who knocked around the first page of the leader board at the Masters and the Open and who has major-caliber game.

Van Sickle: Maybe the year of first-time major winners continues with another one: Danny Lee, an underrated player whose game is finally maturing.

Madden: How about Brandt Snedeker? He fell just short in Canada last week and a win at Baltusrol would cross another name off the Best Player Never to Win a Major list.

Godich: For a darkhorse, I’ll stick with Patrick Reed. He was in the hunt for the better part of three days at Troon. He’s due.

Bukowski: Keep an eye on Matt Kuchar. This could be the track for him to finally get that first major.

Ritter: My dark horse is a guy who’s game is similar to Holmes’ (my pick to win) — Tony Finau. He flashed in this event last year at Whistling Straits and popped up again on the leaderboard at Troon. After a shaky start to the season, his game appears to be clicking. This course is set up for big hitters, and as one of the longest in the field, Finau should have a big week.

Berhow: J.B. Holmes. He has five Top 10s this year and won the B Flight of the British Open, finishing alone in third and 14 behind Henrik Stenson. He’s first in driving distance — but needs to clean up his accuracy — and sixth in birdie average. I’ll take a guy who hits the ball a long way and makes a ton of birdies to win a PGA any day. And, just in case this isn’t darkhorse-y enough — since two of my co-workers picked him to win — then give me David Lingmerth!

Zak: Baltusrol plays long: 7,400 yards at par 70. It’s really long if you miss the fairway, so I’m going with a long hitter who has played well on the European Tour lately (two top 3 finishes this summer), and has displayed a knack for heroics on an old, traditional American course. You know the name! Nicolas Colsaerts.