In praise of @PhilMickelson, here are Lefty’s 13 greatest tweets, ranked 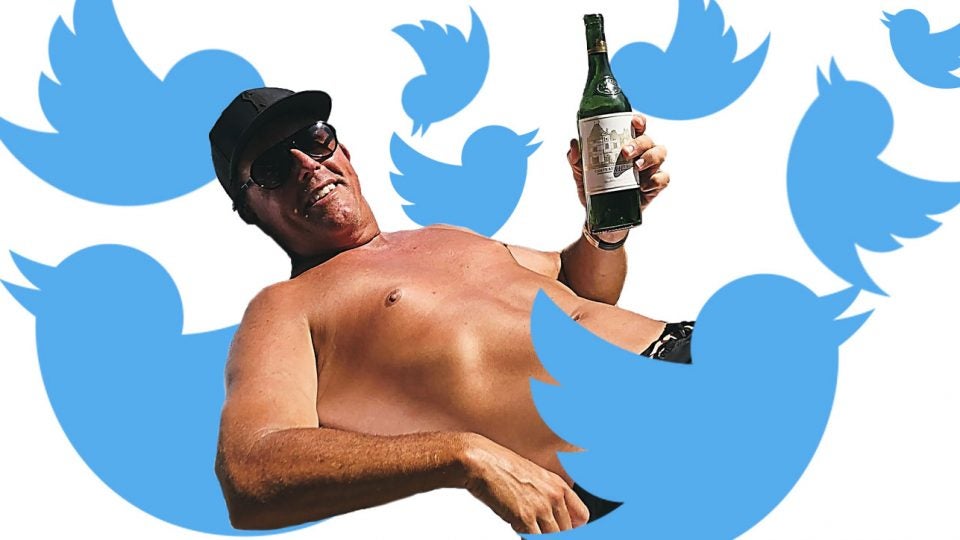 He's a man of many tweets, and most of them are good.
Twitter.com/PhilMickelson

In the last 12 months, Phil Mickelson has somehow gone from late social media adapter to can’t-miss-a-post savant. His wit, randomness, impressive calves and clever digs have upped his following to nearly half a million on Twitter and more than 600,000 on Instagram.

These tweets are great if only because we weren’t getting this content from Mickelson prior to social media. This is all earned content. You could have been the biggest Mickelson fan 18 months ago, but you would have never imagined some of this goofiness coming your way.

13. His attempts to match Bryson DeChambeau’s eyebrow wave — I’m not going to sit here and act like what DeChambeau is doing is easy. I just want Phil to admit how bad he was at this. But that’s the tricky part. Mickelson rarely admits to his inadequacies.

Last nights party trick had @b_dechambeau doing the wave with his eyebrows. Although I’ve never seen that done before, I’m sure I can do it too! pic.twitter.com/4g2ZuPCwgQ

12. The Mickelson way of wishing Happy New Year — is apparently while dashing down the slopes (and almost wiping out). One of the difficult things about amateurs filming snow sports is that the difficulty of the terrain is often lost. This one doesn’t look too difficult, so perhaps Lefty could have sent it a bit harder.

I hope everyone finished the year strong! I start back practicing Friday and I’m so excited for this upcoming year. Let’s all make 2019 special. Happy New Year🎆🎈🎊 pic.twitter.com/9jKoSyQJE9

11. Phil bragging about his calves — Mickelson has great calves. Are they implants? Hopefully not. Hopefully they’re all natural. He likes to brag about them. A lot.

The reason you can barely see your calves is mine ate them for a mid morning snack. pic.twitter.com/bZdY3KOvU2

10. Showing off his beach workouts — This is a pretty hardo move, but you’ve got to respect anyone who brings dumbbells to the beach. At least, I think you do. What we need to know is how long he jogged like this.

In a league of its own

9. This tweet that had to be sent — It’s really in a league of its own. It was a jarring departure from quippy calf jokes and witty instruction videos, which is too bad, but also, it had to be done. We can appreciate its transparency above all else.

8. Prepping for Augusta — Mickelson would have Augusta National-esque greens in his backyard, stimped to ridiculous levels. Can you even blame him? This little trick shot is a fun result from his major prep.

A little taste of Augusta. Spending all week putting on my green with speed at 15.6-16😎⛳️ #Lefty pic.twitter.com/GprpRJCXTB

7. Shooting from long range — For a long time this was my favorite Mickelson tweet. He sent it between the 2018 BMW Championship and the Tour Championship, just weeks before the Ryder Cup. It is the ultimate “Wait for it” video that really offers no visual conclusion. Enjoy the weirdness.

How is today’s long range sniper shooting preparing me for the Ryder Cup?
Meditation, controlling my thoughts, breathing, heart rate and connecting with the target are critical for both! pic.twitter.com/x5T817hVMF

Phil Needling Someone or Flexing on all of us

6. Beach bod and good wine — On the day Brooks Koepka’s ESPN Body Issue images were released, Mickelson tweeted out this pic of himself drinking 34-year-old wine pool-side. Hard to beat that.

I would love to be competing at East Lake right now, but sipping 1985 Haut-Brion poolside while working on my tan and spending time on social media isn’t a bad way to spend the week either. pic.twitter.com/6kfo2esGNv

5. Again, with the calves — but this time, a bit unnecessary! This came during a binge of replies from Mickelson to his many followers. Most of them were sent on California time, making his activity a blessing to wake up to.

4. Poor Luke Donald — Mickelson is a man of many needles, and those Twitter fingers were working hard during the BMW Championship week. When his opinion was questioned, Phil punched back. More of this on Twitter dot com, please.

3. Snarky Phil owns our friend Will Gray — Mickelson is aware of everything, it seems. Gray didn’t tag Mickelson in the post, but that doesn’t mean Phil couldn’t bark back and defend himself. Well played. He followed that up with more snark the next day. The more, the better.

Thanks for noticing. I did a pro am dinner last night for 100 dealers and customers instead.

"Hey Will, nice to see you. Heard you missed me yesterday." - @PhilMickelson upon stepping to the podium, searing the L into my chest

2. FIGJAM — The amount of assumed envy here is really big. Mickelson is hanging with Jim Nantz, prepping for the U.S. Open — an event he just cannot win — and he’s calling for side sauce. Of course, he gets just enough of it, and then mic-drops his wedge on the tee box. No. Big. Deal.

From dropping bombs 💣 to dropping the mic 🎤

Dropping hole-in-ones on Pebble Beach #7 (in Nantz’s yard) is how I get ready for the US Open! #KARMA #sidesauce pic.twitter.com/IyvuyUWFtH

1. Hitting BOMBS — Not only was this Mickelson’s greatest use of social media, it might be the tweet of the year. His competition is Koepka clowning Brandel Chamblee. Mickelson dropped some knowledge, dropped a jab of Matt Kuchar, and also grabbed some attention from fans for his barely televised tee time. Check, check, check!