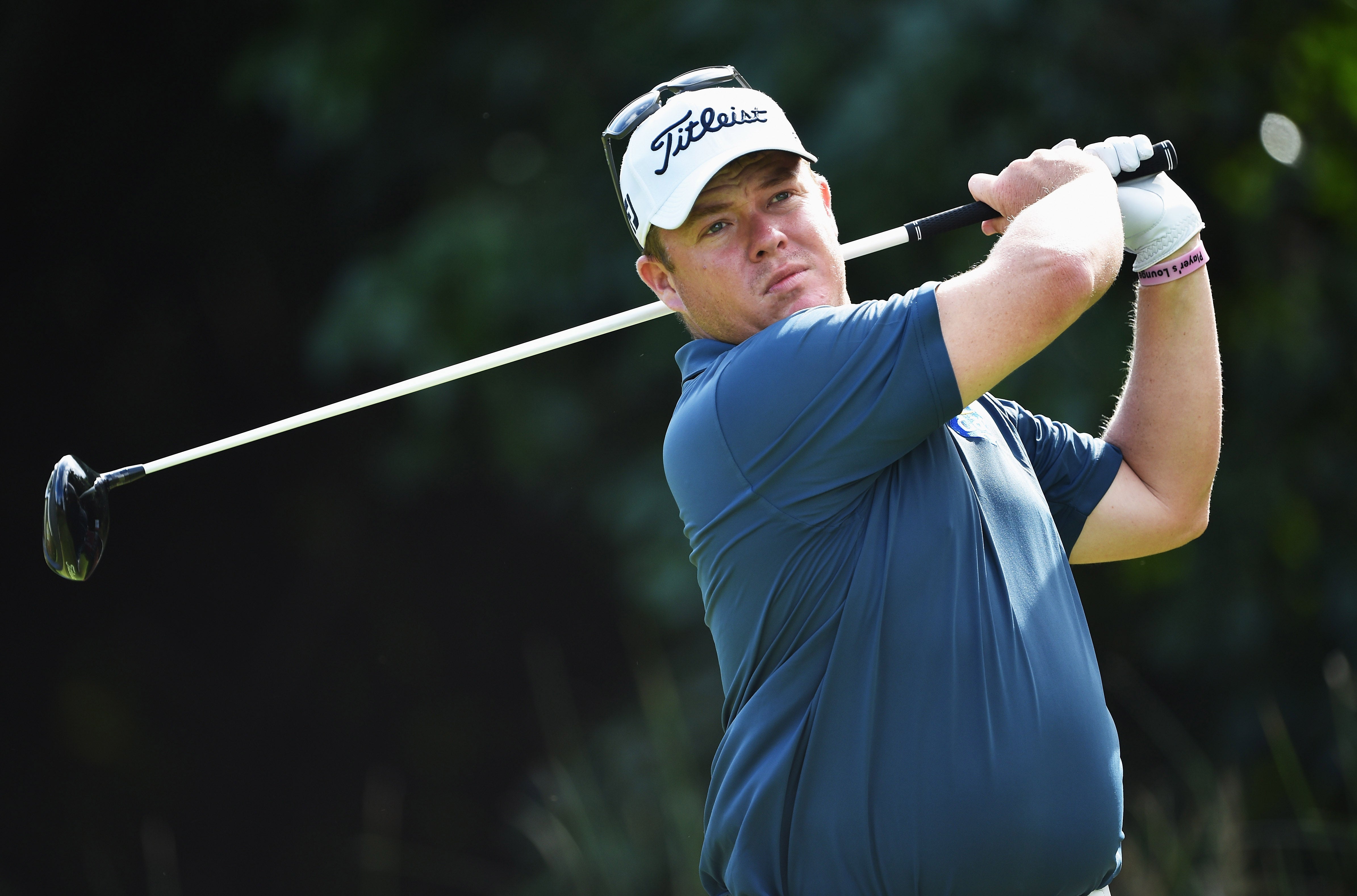 George Coetzee of South Africa plays a shot during the third round of the 2015 AfrAsia Bank Mauritius Open.
Stuart Franklin/Getty Images

BEL OMBRE, Mauritius (AP) George Coetzee holed out from the fairway for an eagle Saturday on the way to a 6-under 65 and a one-shot lead after the third round of the Mauritius Open.

Living up to his status as the highest-ranked player at the tournament, the South African added four birdies to that eagle on No. 7 to move to 11-under 202 overall. He moved clear of compatriot Thomas Aiken (68) and overnight leader Thorbjorn Olesen (70).

Denmark’s Olesen dropped off the top of the leaderboard for the first time at the tri-sanctioned European, Asian and South African tour event after making three bogeys along with his four birdies. Aiken collected six birdies but also dropped three shots.

It left Coetzee in position to clinch his third European Tour title and second this season after winning the Tshwane Open at his home course in Pretoria in March.

Coetzee started the round four shots behind Olesen but was ahead by the time he made the turn after going 5 under through his first nine holes. He sank a long birdie putt on No. 2, got up and down for another gain at No. 5, and sent a gentle wedge straight at the hole for his eagle. The ball bounced a couple of times and rolled in. He made another birdie at No. 9.

Coetzee kept it together on the back nine despite often struggling off the tee at Heritage Golf Club.

”As I walked off the course I told my manager I don’t know how I’m shooting under par the way I’m playing,” he said. ”But obviously the course must suit my eye pretty well.”

Aiken made just his second bogey of the weekend at his first hole on Saturday, and despite two more drops on his back nine, he remained in contention.

Singaporean Mardan Mamat was fourth on 8 under ahead of a four-way tie for fifth at the inaugural event on the Indian Ocean island.