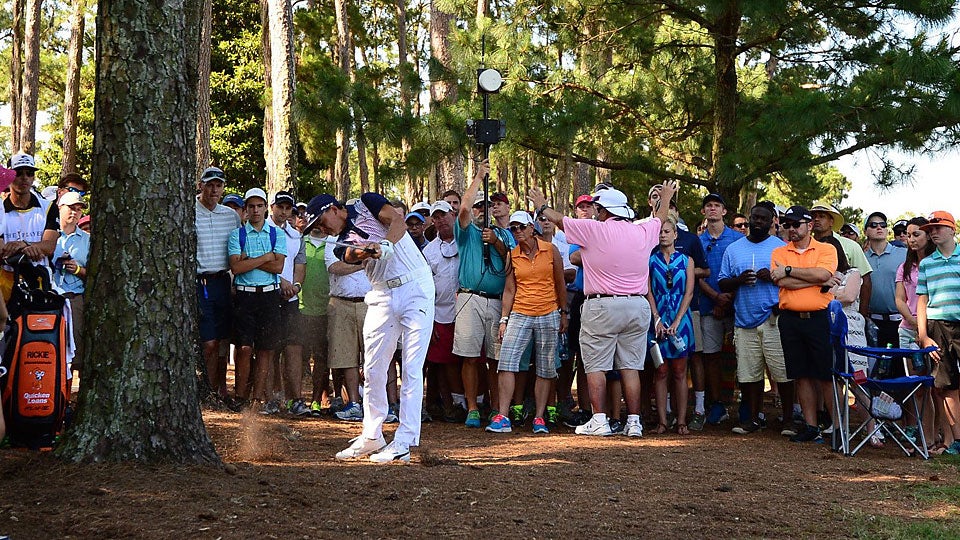 During his third round of the Players Championship Saturday, Rickie Fowler missed the fairway with his drive and laid up to the par-5 11th hole with his 8-iron. Fowler hit from a wooded area and struck a tree root with that 8-iron, bending it significantly and rendering it useless for his round.

That changed plans for his Cobra Golf equipment representative.

Fowler had no problem finishing the hole—he made birdie—and the rest of his third round, but that Sunday round remained for the 26-year-old in contention. When his rep was informed of the news, he dropped everything and rushed back to Ponte Vedra to present Fowler another 8-iron.

Rickie Fowler breaks his club after hitting a tree root at the 11th. Gives it to a rules official and moves on. pic.twitter.com/vsHlX0VxQ9

In this case, “drop everything,” meant leave a wedding and hop on the quickest plane to Jacksonville just to fill the gap in Fowler’s bag.

“It was pretty awesome of him to show his dedication to leave a wedding, get on a plane and get here just in case we need an 8-iron coming down the stretch,” Fowler’s caddie Joe Skovron said to the Golf Channel.

Nonetheless, Fowler played his final round of 67, winning in a playoff, without once hitting that 8-iron.