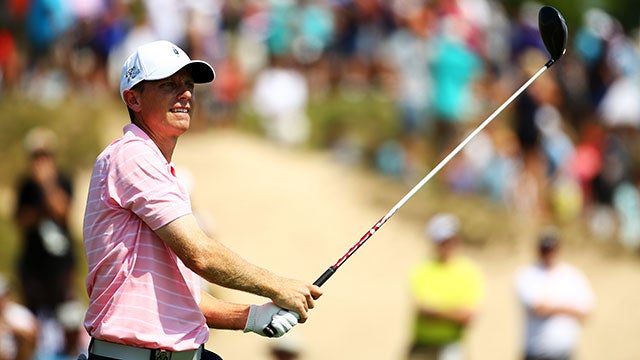 Brian Gaffney shot a second-round 73 to finish even par and inside the cut line.
Getty Images

Brian Gaffney is the head professional at Quaker Ridge Golf Club in Scarsdale, New York. He is the first club pro to make the cut at a PGA Championship since 2011 and was the only one to do so in this year’s event after shooting a 71-73 to enter the weekend tied for 52nd. This is a look at his week so far in his own words.

So, I woke up at 4 a.m. Friday morning. My tee time wasn’t until noon.

Thankfully I fell back asleep and got up at 7 a.m as planned. Before I headed to the course, I was at our rental house and did a little bit of work, responding to some emails and text messages. This is a working vacation! Around 10 a.m. we headed to the course. I stayed in the same routine as Thursday: got stretched, ate eggs and fruit for lunch, rolled some long putts and hit about 20 balls. I think it’s best to do what I do at home, which is basically hit 10 balls and run to the tee.

I was definitely nervous, but an excited nervous. In a day where I carded four birdies and five bogeys, three holes on the back nine helped me stay inside the cutline and make it to the weekend.

On No. 14, I had the first lie I’ve had all week that I could hit like a regular shot out of the rough. This stuff is so thick out here. There must have been an angel out there because my approach shot was going pretty fast and probably was going to go over the green. It hit right off the flag and was only a few inches away. I was just glad that I hit it past the front edge, and it was going to be on the green. The fact that I hit the flag was a major bonus.

On 15, I hit my tee shot next to the concession stand, way, way left on a long par-4. They had to move all the fans and everything just to give me a look at the green, and I had to get a drop next to the ice cream stand. I had 220 yards to the hole, and I dropped it on the cart path so I could have a lie rather than be in the rough. I thought, Wouldn’t this be something if I could make birdie? I managed to get on the green about 30 feet away but missed the putt. I could feel myself getting a little tight.

On No. 17, I had just seen one of my playing partners pull their tee shot left, which is not the spot to be on the par-3 running by the water. I was not going left. I hit a 4-iron and it must have hit something good because it landed in the rough and cozied right up to the hole. Unfortunately, I missed the putt. I really felt like I left some shots out there, but I am more overjoyed to be inside the cutline. 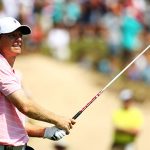 After I tapped in on No. 18, I knew I had done it. I walked up the hill to the scorer’s table and saw my wife, Allison, my father, my brother, everyone who was there to support me. Then it was a whirlwind. You get whisked away to talk to reporters, a great problem to have if you ask me. I was in television interviews for about 30 minutes immediately after my round while my family watched nearby. Then, I walked about 10 minutes over to the driving range to the GOLF.com set for a quick video, and the brunt of the afternoon thunderstorm hit. Video equipment was flying everywhere and after trying to help secure and salvage their equipment, I sprinted back to shelter in the players’ dining area amidst the thunder, lightning and chaos surrounding that moment. Sitting down for the first time all day after an exhausting Friday both physically and mentally, the accomplishments of the day really had not sunk in yet.

It’s obviously all very flattering that all of these people are interested in my story. Hopefully, I come off the right way: humble, appreciative and respectful. But I also hope the story of me being a club pro, how excited the folks at Quaker Ridge are back home and how excited I am for them, gets out. Because playing well is one thing, but every club pro here – all 20 of them – have great stories. Stories that are worth telling. Mine is just the one to come out this time.