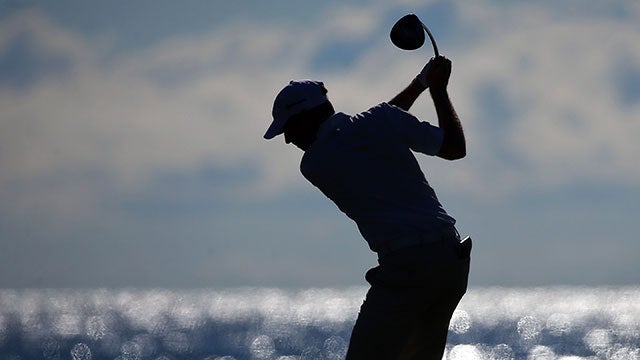 Brian Gaffney is the head professional at Quaker Ridge Golf Club in Scarsdale, New York. He is the first club pro to make the cut at a PGA Championship since 2011 and was the only one to do so in this year’s event after shooting 71-73. Gaffney followed with a 78 Saturday. This is a look at his week so far in his own words.

I was exhausted Friday night, but I didn’t sleep particularly well. Luckily there’s enough adrenaline and electricity here to combat a few restless nights. I teed off at 10:54 a.m. Saturday morning, and I saw Kevin Streelman before my round on the range. He gave me a nod and said, “Nice going.” Now that felt really good.

I played with Chesson Hadley, who is such a nice guy. He conducts himself like a much older player, maturity-wise. On the first hole, we were about the same distance after our tee shots. I said, “Are you away here?” He let me decide, so I hit first. He said, “Show me something good.” Wow. That was just a nice thing to say and set the tone for the rest of the day.

What am I playing for tomorrow? Club pros play in a series called the PGA Cup, which is essentially our Ryder Cup. To get in, you need to qualify as one of the top 10 club pros in the country, and prior to this week I was 17th. Because I made the cut here, I’ll move up in the standings, but I have to finish 54th or better to make the team. The plan, the only plan, was to play the best I can and finish there.

Today I hit really good shots early in the round, but on the sixth hole we were put on the clock. I hit a blind wedge into the green that I thought was perfectly struck. Then Chesson hit and he went way left and the crowd went crazy. Turns out, I had picked the wrong tower as my aiming point. Oof. I hustled up the tee box on the next hole and got a little winded. I took one deep breath and wanted to take another, but I went ahead and hit. I basically lost the ball way right and made bogey. All week long I’ve had that bounce-back birdie. Today, I didn’t have it. I also couldn’t catch any breaks. The train was going so fast, and I couldn’t slow it down. I was away every time. Chesson was just waiting for me. I didn’t mind that he was waiting, but I simply could not slow down the movements. It led to one bad shot after another, and each one had its own crazy consequence. I finished with a 78.

I had 176 emails and 147 text messages when I got to my phone. And I don’t get many messages. It’s an awesome feeling. The only problem is that I wanted to respond to every person that contacted me. But it’s just too many! I called the president of our club and asked him to send a message to the members letting them know I appreciate all of the support and I will try to get back to everyone the best I can, but I just can’t do it all right now.

What a great problem to have.