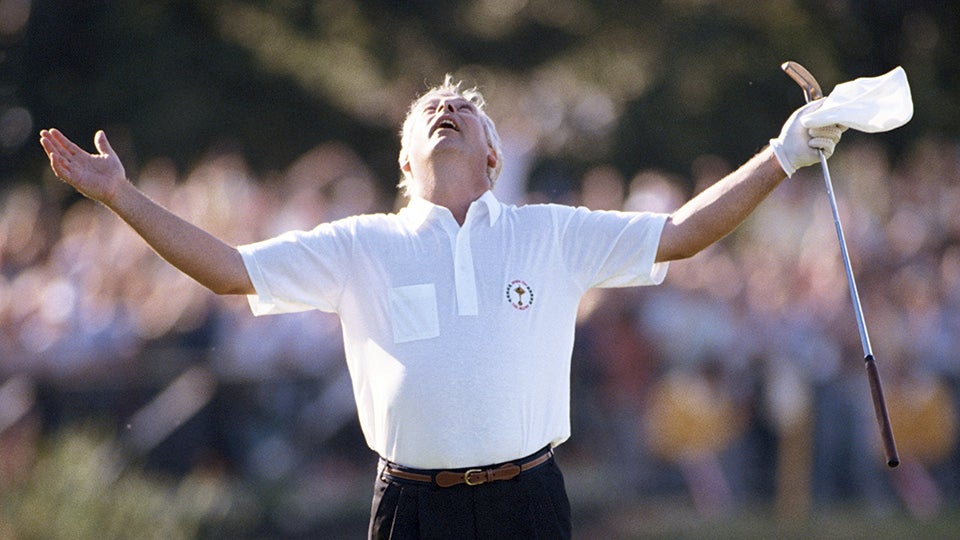 Christy O'Connor Sr. said "no thanks" to the Masters at Augusta National 20 times.
World Golf Hall of Fame & Museum

VIRGINIA WATER, England (AP) — Christy O’Connor Sr., the Irish golfer who played on 10 Ryder Cup teams and was inducted into the World Golf Hall of Fame, died Saturday. He was 91.

The European Tour confirmed his death.

O’Connor won 24 times on the European Tour. He also played 15 times in what is now the World Cup, winning for Ireland in 1968 with Harry Bradshaw. He also won the PGA Seniors Championship in Europe six times.

He held the record for most Ryder Cup appearances – including the 1957 Britain-Ireland team that won for the first time after World War II – until Nick Faldo surpassed him in 1997.

“We have lost not only one of the greatest Ryder Cup players the game has seen, but an incredible man,” said Richard Hills, Ryder Cup director for Europe.

O’Connor played in an era when top British and Irish golfers did not have as much access to the American majors as they do now. The British Open was the only major he played, and his best result came when he finished one shot out of a playoff in 1958 at Royal Lytham & St. Annes.

Hills recalled when O’Connor was elected to the World Golf Hall of Fame in 2009, and European Tour chief George O’Grady called with the good news.

“He wouldn’t believe us,” Hills said. “He said he’d only believe it if he saw it in writing, so I was dispatched to Royal Dublin to present him with a letter. As he read it, his face broke into a huge grin and he gave me a massive bear hug.”

O’Connor beat Dow Finsterwald in singles in the 1957 Ryder Cup won by Britain-Ireland. In his final Ryder Cup in 1973, O’Connor asked to sit out in the afternoon. Instead, he played reigning British Open champion Tom Weiskopf and battled him to a draw.

A big personality known as “Himself,” O’Connor won the European Tour money title in 1961 and 1962.

“When I eventually turned to golf to try and make a decent living, I knew I was a fair old player,” O’Connor once said. “But I never imagined that my life would be all about big tournaments, traveling the world and winning money. There were not enough hours in the day for me to practice my golf. But it was all worthwhile.”