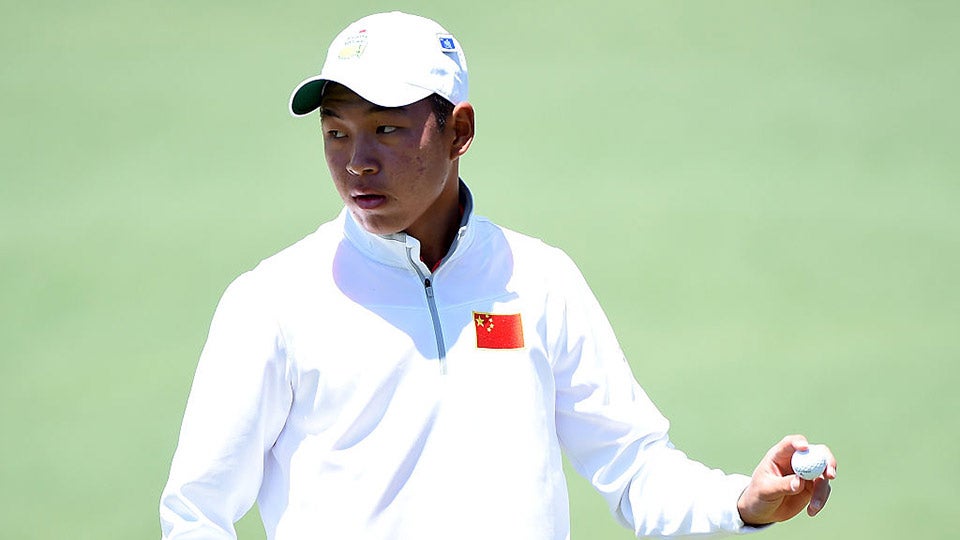 Amateur Cheng Jin of China on the second green during the second round of the 2016 Masters Tournament.
2016 Getty Images

The Chinese government can’t make up its mind on golf.

Although the Chinese Communist Party banned golf for its members just last year, TIME reported that the ban was lifted on Tuesday, with the country’s anti-corruption agency declaring that golf is “only a sport” that “is [not] right or wrong.”

Party members are still prohibited from accepting golf-related gifts such as free course memberships, but paying for a round will no longer be considered a violation of party rules.

China’s stance on golf has fluctuated over the years. Long considered a Western excess, the game was originally outlawed in 1949 but became popular in the 1980s despite the ban. The country issued an official moratorium on new golf course construction in 2004, but the number of courses in the country has since skyrocketed, prompting periodic crackdowns. Today, there are even some golf programs in Chinese schools, and one government-supported elementary school has actually made golf mandatory.

Golf’s return to the Olympics at the 2016 Rio Games may have factored in the Party’s decision. China’s massive commitment to bringing home a glut of Olympic medals is well-known, with the government using its considerable resources to recruit and train athletes for international competition.

China is currently better positioned in women’s golf than men’s to contend for a medal in Rio. While there are no Chinese men in the top 100 players of the world golf ranking, Shanshan Feng is ranked 11th in the world in the Rolex Rankings and Xiyu Lin is ranked 49th. Two-time major winner Greg Norman was tapped as an advisory coach for the Chinese Olympic golf team in 2013.