Charles Barkley: ‘Golf Is Fun Until You Hit Somebody in the Head’ 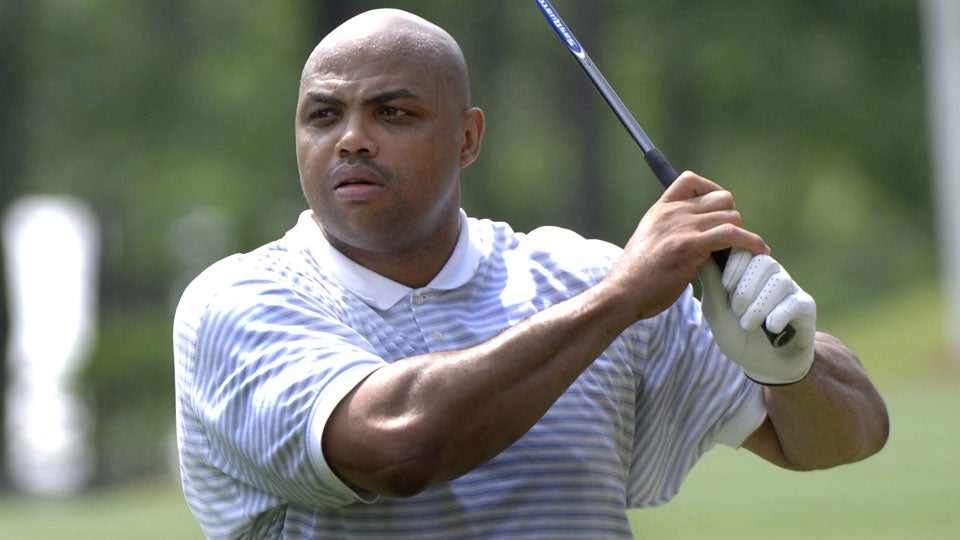 Charles Barkley was named the NBA's Most Valuable Player in 1993.
Getty Images

RENO, Nev. (AP) — Leave it to Charles Barkley to capsulize the challenges he and others will face atop the Sierra this weekend trying to keep their golf balls in the fairway, away from the galleries and out of the water during the 27th annual American Century Celebrity Golf Championship at Lake Tahoe.

“Golf is fun, until you hit somebody in the head,” said Barkley, the Hall of Fame basketball player who’s a 6,000-to-1 long shot to win but still draws some of the biggest crowds at Edgewood-Tahoe Golf Course in Stateline.

Two-time NBA MVP Steph Curry, NFL quarterback Aaron Rodgers, singer Justin Timberlake and comedian Ray Romano are among the more than 80 athletes and entertainers who tee off Friday in the 54-hole tournament running through Sunday near the California border, about 60 miles south of Reno.

Curry, who finished fourth three years ago in the tournament with a $600,000 purse, will be paired with his father, Dell, who played 16 years in the NBA, and fellow Golden State Warriors teammate Andre Iguodala.

“I haven’t heard my name called this many times in 14 years,” the elder Curry said while signing autographs after a practice round on Wednesday.

Tourney regulars and Hall of Famers Jerry Rice, Emmitt Smith and Marcus Allen are back again this year, along with more than a dozen past and present quarterbacks, including University of Michigan coach Jim Harbaugh, Carson Palmer, Ryan Fitzpatrick, Alex Smith, Doug Flutie, Jim McMahon, Joe Theismann and Steve Young.

Barkley said he tries to help newcomers understand it’s quite different than playing a round at their local country club.

“It ain’t like regular golf, because there are people everywhere,” he said during a recent conference call promoting the event. “And like I say, most of the guys will tell you they’re pretty good until they hit somebody. And then they get really nervous, because nobody wants to hit anybody.”

This year marks the 10th anniversary of one of the most infamous shots at the tourney where yachts and speed boats anchor along Tahoe’s south shore next to the par-3 17th and par-5 finishing hole.

“I’ve seen broken windows on golf courses before but never on a boat,” O’Hurley said.

It wasn’t that strange to former NBA star Chris Webber, who once won a $50,000 charity bet with Barkley on who would finish last.

“I hit somebody in a boat a couple of years ago and they threw the ball back out like it was a home run at a baseball game,” Webber said at the time.