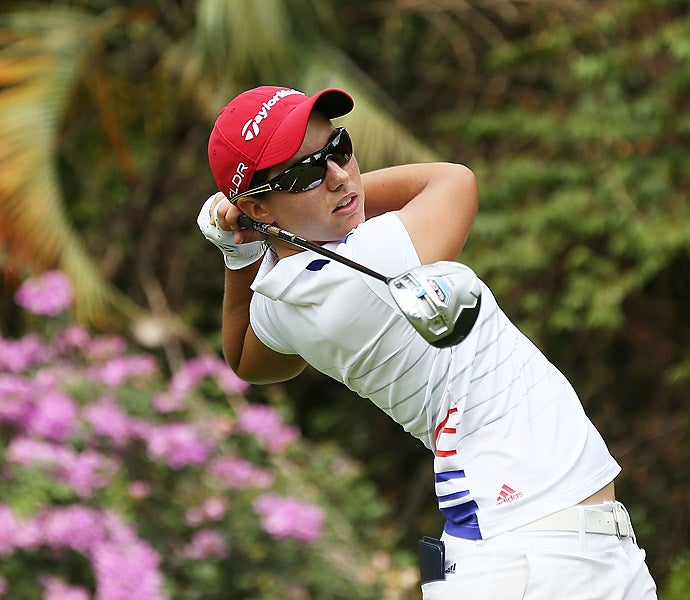 MEXICO CITY (AP) — Carlota Ciganda birdied three of the last six holes Thursday for a 5-under 67 and a share of the lead with playing partner Sarah Jane Smith in the Citibanamex Lorena Ochoa Invitational.

Ciganda had a bogey-free opening round at Club de Golf Mexico.

”I was home last week and I played four tournaments in Asia, so it was really nice to be home with my family,” Ciganda said. ”I didn’t practice at all. It was just resting and having fun, going out for dinner with friends. And I feel very mentally refreshed, because in Asia I was a little bit tired at the end. It is important how to manage all the tournaments and all the weeks you want to play.”

Smith played the back nine in 5-under 31 after bogeying Nos. 8 and 9 to make the turn at even par. The Australian is winless on the LPGA Tour.

Mexican amateur Maria Fassi, a freshman at the University of Arkansas playing on a sponsor invite, was two strokes back at 69 along with South Korea’s Chella Choi and France’s Karine Icher.

”I was feeling really good,” Fassi said. ”I worked really hard on preparing for this tournament and on the first tee when they said my name I was nervous, I am not going to lie, but after I hit the fairway on the first tee, I was like, `OK you got it, just enjoy your round.’ And that’s what I did. … I was really solid off the tee. I gave myself a lot of opportunities to be a little bit more aggressive on my second shots.”

Michelle Wie opened with a 70. The 2009 winner in Guadalajara, she’s also playing on a sponsor invite after failing to qualify for the 30-player event.