Captaining a U.S. Presidents Cup or Ryder Cup Is the Worst Gig in Sports 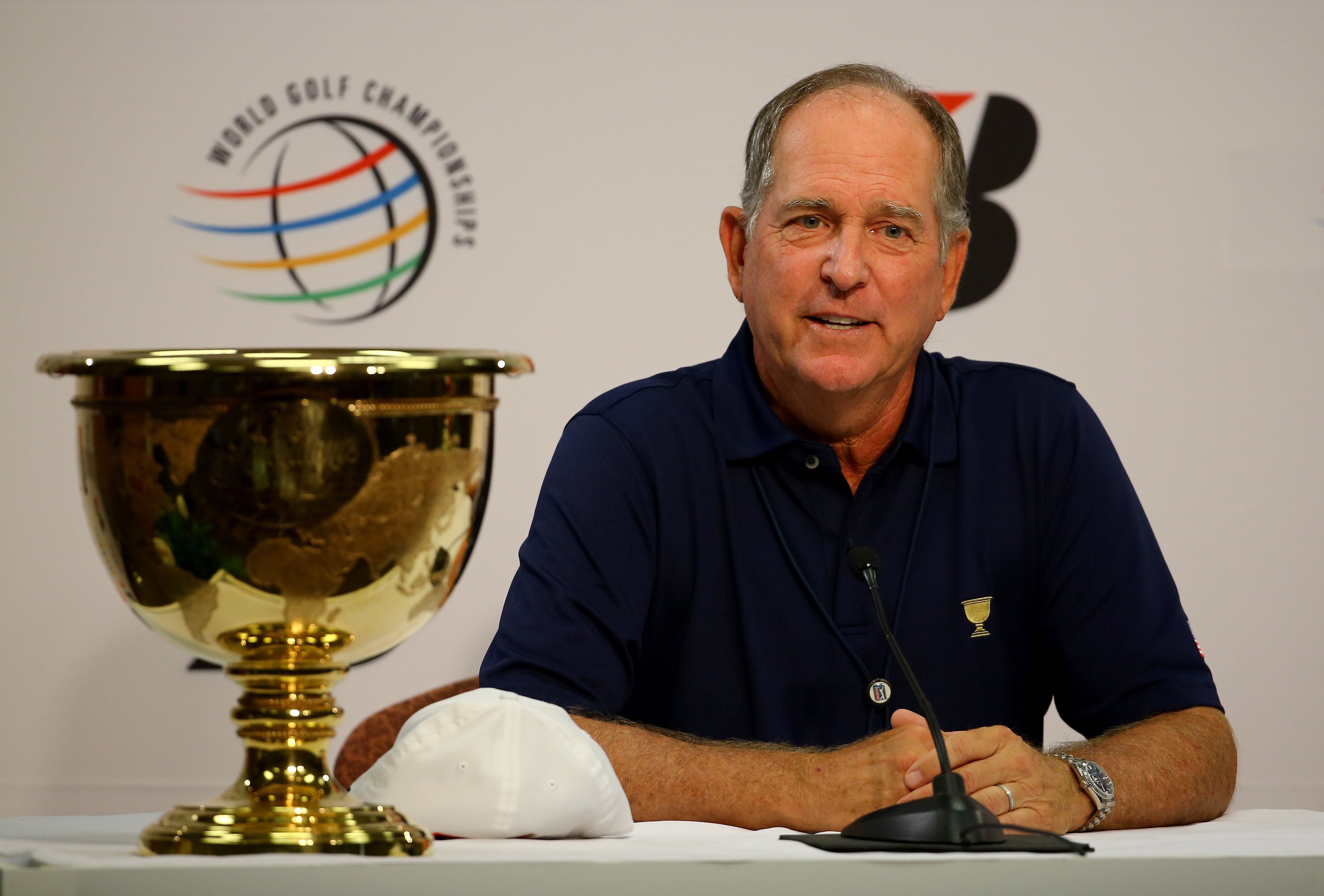 Pity poor Jay Haas, who will lead the Americans into battle at the Presidents Cup on Oct. 8–11 in South Korea. Maybe nobody told him the awful truth, that being the captain of a U.S. Ryder Cup or Presidents Cup team is the worst job in sports this side of mixed martial arts mop man.

No one gets rich; plenty get embarrassed.

David Graham, a genuinely good guy who was just inducted into the Hall of Fame, was stripped of his International team captaincy before a shot was even fired at the 1996 Presidents Cup, the result of a team mutiny that left everyone looking and feeling awful. At Oakland Hills in 2004 we made fun of Hal Sutton’s cowboy hat and ripped his disastrous decision to pair Tiger and Phil (0-2-0) as Bernhard Langer’s European team cruised.

Nick Faldo took arrows in 2008, when a ragtag group of Americans (no Tiger!) led by Paul Azinger stormed to victory at Valhalla. And at the 2014 Ryder Cup at Gleneagles, Scotland, another player-insurrection (and odd decision-making) tarnished Tom Watson’s legacy.

Those are just a few of the lowlights. Now we get Haas’s hotly debated captain’s pick of Phil Mickelson as one of two wild cards to round out the 12-man roster when the Americans journey to Jack Nicklaus G.C. Korea in Incheon City. (Jay’s son Bill was the other pick — you’d better believe Jay gave a little extra thought to that one.)

Bill Haas made sense; at 11th on the points list he was next in line to make the team on merit after the 10 automatic qualifiers. But Mickelson? The critics howled. The guy who was 30th on the points list? Who hasn’t won a tournament in more than two years, is 45, is 182nd in greens in regulation, and did little more than make the cut at the Barclays and the Deutsche Bank Championship? Wouldn’t it have made sense to take a guy who represents the future (Billy Horschel, Brooks Koepka) and not the past?

Here’s the thing, though: Poor Haas couldn’t not pick Mickelson. For one thing, Haas says his players and vice captains lobbied for Lefty. But even if they hadn’t, how long do you think these guys have known each other? Two decades? How long do you think Haas has known Koepka? Two months? Call it the better the devil you know than the devil you don’t know bias, or the friendship conundrum. Whatever you call it, it’s just one reason why captains are set up to fail, in this case erring on the side of age and experience (or decrepitude, depending on how the pick performs). Mickelson may turn out to be a great choice — he has been on every Presidents Cup team and is 9-3-2 since 2009 — but if that’s the case then sadly the best Haas can hope for is to be forgotten about. Quick: What was Fred Couples’s record as U.S. Presidents Cup captain? What was Jack Nicklaus’s? (Answers: 3-0-0 and 2-1-1, respectively.)

Because the U.S. is 8-1-1 in this event, captaining the American side is the equivalent of being a referee. If everything goes as expected, no one remembers you. It’s the best you can hope for. But if all goes wrong and Mickelson can’t break an egg and the U.S. somehow loses, Haas had better duck and cover or at least not read anything for a little while.

People will say he picked a resume, not a player. People will say he could have helped not just his own cause but that of 2016 Ryder Cup captain Davis Love III by giving experience to a younger and more deserving player.

“It’s not fun,” 1995 U.S. Ryder Cup captain Lanny Wadkins said after Curtis Strange, his friend and much-debated pick, went 0-3-0 and the Yanks lost on home soil for only the second time since the biennial Ryder matches began in 1927.

Wadkins was talking about losing a two-point lead to give away the cup on Sunday, but he may as well have been talking about captaining in general, especially in the Internet age, when everyone has both an opinion and a megaphone. If you ever put together a decorated golf career, become eligible for the senior tour and get tapped on the shoulder to lead the charge against the Europeans or the Internationals — well, take no chances.

Run, do not walk, for the nearest exit. It’s the only sensible choice.