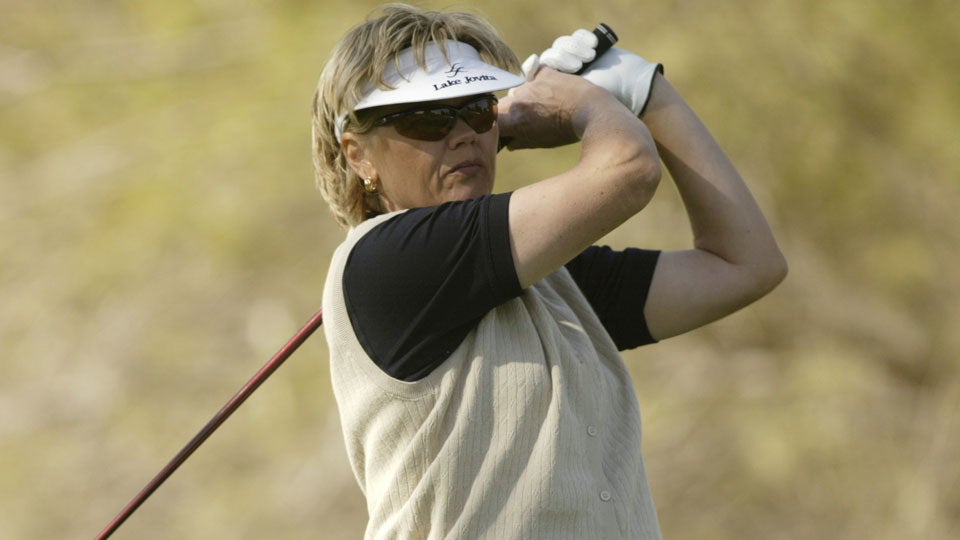 Coe-Jones was inducted into the Canadian Golf Hall of Fame in 2003.
Getty Images

TAMPA, Fla. (AP) — Dawn Coe-Jones, the Canadian Golf Hall of Famer who won three times on the LPGA Tour, died Saturday after an eight-month battle with cancer. She was 56.

Fellow former Canadian LPGA Tour player Gail Graham, Golf Canada and The Legends Tour said Saturday that Coe-Jones died at a hospice near her home in Tampa. She was diagnosed with bone cancer this year.

“Dawn was a great competitor and role model for over 25 years on the LPGA Tour,” Canadian Golf Hall of Famer Sandra Post said. “Her happy and positive attitude toward life will be missed by all that knew her.”

“Dawn touched so many people,” said Graham, who played alongside Coe-Jones at Lamar University and on the LPGA Tour. “She was always the one who worried about others.”

“On behalf of the entire golf community we are deeply saddened by the passing of Dawn Coe-Jones,” Golf Canada CEO Scott Simmons said in a statement. “Dawn was a tenacious competitor, a mentor and friend to so many of her peers and a proud ambassador for Canadian golf throughout her distinguished career. As we mourn her passing and send our most sincere condolences to family and friends, the golf and sport community come together in celebrating her outstanding legacy.”

Coe-Jones was inducted into the Canadian Golf Hall of Fame in 2003.

“I was totally caught off guard,” Coe-Jones said at the time. “In fact, I had to make sure someone wasn’t playing a trick on me. I am just thrilled and proud to be included in such good company.”

“So sad to hear the passing of @LPGA Dawn Coe Jones. A true competitor, ambassador of the game. She will be missed #RIP,” Sorenstam wrote.

Former LPGA Tour player A.J. Eathorne posted a photo collage of her and Coe-Jones on her Instagram account.

“A very sad day today as we say good bye to our dear friend Dawn Coe Jones,” the caption read. “One of the most caring and wonderful women I have ever met. I am so lucky to have got to spend so many great times with her and her family. Love you always Miss Dawn.”

“The LPGA Legends are heartbroken about the loss of our great friend, Dawn, who fought a valiant fight over the past few months against a rare form of sarcoma,” said Jane Blalock, CEO of The Legends Tour. “Dawn was truly a player and a person admired, respected and loved by all of us who had the fortune to know and play alongside her. This is indeed, a very sad day.”

During the Dawn Coe-Jones Golf Classic in Tampa on Oct. 14, a golf fundraiser for sarcoma research, Coe-Jones was honored as the recipient of the 2016 Colleen Walker Spirit Award. The award is presented each year to recognize a Legends Tour Player who best exemplifies Walker’s spirit, courage and love of the game. A nine-time LPGA Tour winner, Walker died of cancer in December 2012.

Growing up in Lake Cowichan on Vancouver Island, she worked as a teenager at March Meadows Golf Course in Honeymoon Bay.

“I drove an old Ford tractor, cutting grass and raking bunkers by hand,” she recalled in an interview with Golf Canada magazine. “We didn’t have the equipment they’ve got now.”