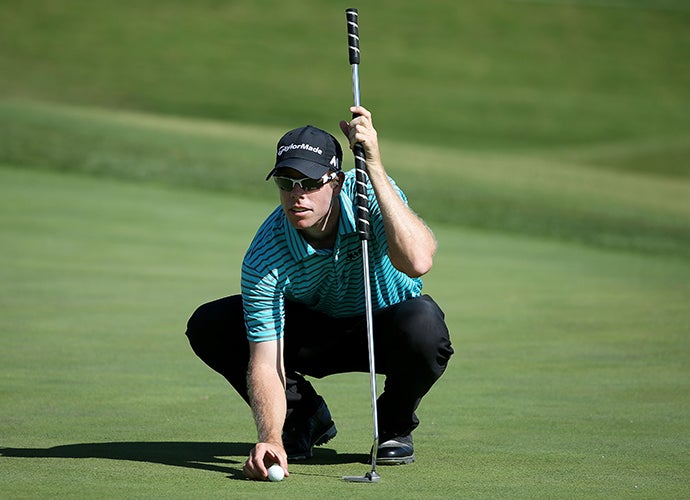 OAKVILLE, Ontario (AP) — David Hearn moved into position to become the first Canadian to win the Canadian Open in 61 years, taking a two-stroke lead over Bubba Watson and Jason Day on Saturday.

“This is something you dream of,” Hearn said. “I feel like I’m ready to step up to the challenge.”

Pat Fletcher, born in England, was the last Canadian winner in 1954 at Point Grey in Vancouver, British Columbia. Carl Keffer is the only Canadian-born champion, winning in 1909 and 1914. Albert Murray, a Canadian also born in England, won in 1908 and 1913.

Hearn and Watson will play in the final group Sunday. Hearn sees himself as the underdog.

“Hopefully, I can make some birdies and David can beat Goliath,” Hearn said.

Watson called himself “half-Canadian” because wife Angie is from Pickering.

“Truthfully, let’s be honest, we don’t think about where somebody’s from,” Watson said. “All we think about is there’s a guy in front of us. I’ve got a couple family members. They’re going to pull for me, too.”

Hearn is the first Canadian to have a 54-hole lead at the Canadian Open since Mike Weir in 2004 at Glen Abbey. Weir led by three shots, but lost in a playoff to Vijay Singh.

Hearn began the third round three strokes behind Chad Campbell after shooting a 64 on Friday.

“I’m right where I want to be,” Watson said. “I just wish the leader was a little closer to us.”

“Obviously, it’d be great to see a Canadian win, but I’m going to do my best to try and spoil that,” Day said. “We’re all out here to try and win a golf tournament.”

Michael Putnam and Brooks Koepka were tied for fourth at 12 under. They each shot 68.

Campbell followed his second-round 63 with a 75 to fall into a tie for sixth at 11 under.

Former Georgia Tech player Ollie Schniederjans was tied for 11th at 10 under after a 66 in his pro debut. He tied for 12th in the British Open.