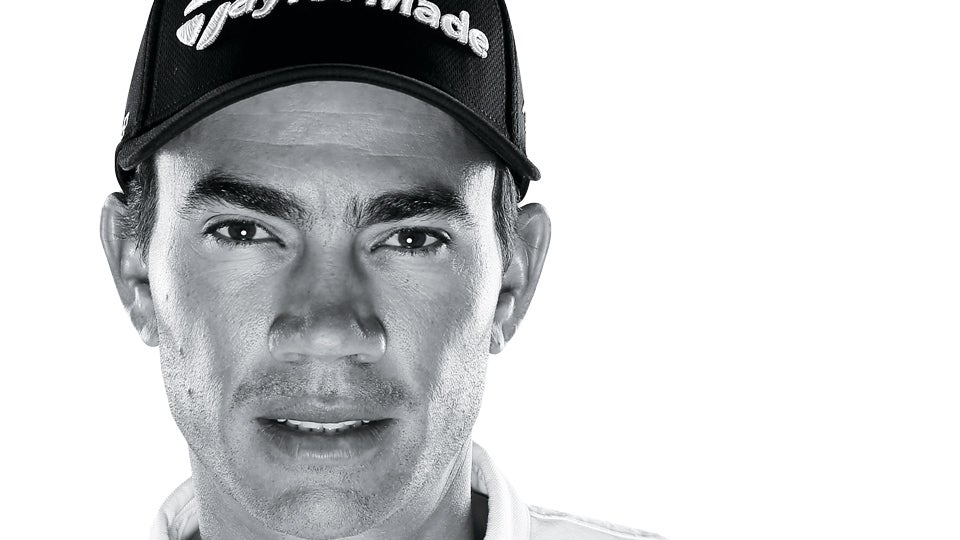 Four-time PGA Tour winner Camilo Villegas sits down with GOLF Magazine’s Jessica Marksbury to discuss his career, his four-year winless streak and why he tends to play well in the FedEx Cup.

It’s hard to believe you’re 34 and in your 11th season on the PGA Tour.

Are you calling me old? [Laughs]

Are you still enjoying yourself?

Every year you see younger and younger guys, and it gets more and more competitive, but I enjoy every second of it.

You won two FedEx Cup playoff events in 2008, and won again in 2010. Then you went winless for four years. What happened?

I felt like I had to be out there just putting in the hours. It was frustrating. And then that’s when you realize that you’ve got to enjoy the process. A few years later, I won the Wyndham [Championship in 2014]. Was it injury or swing related—or something else? It was just part of a normal process. No one is immune. Something gets off and it just starts snowballing. You lose confidence. You’re not having as much fun. You’re not practicing. I never stopped practicing, but I probably wasn’t practicing as efficiently as I should have been, and you start seeing it in the results.

Do you think having fun is essential to playing well?

Fun and enjoying the process is totally different. Do we enjoy playing golf? Yes. Do we enjoy working hard? Yes. Do we enjoy being in contention? Yes. Is it, “Oh my God, this is so much fun!” Not really. You’re so focused. To me, fun is more when you’re at a party.

Were you afraid that you would lose your card?

I did [lose my card] in 2012. I finished 148th, so I knew I was going to have only conditional status for the following year, but the tournament directors and the sponsors were great with me. They gave me a bunch of invites. I was playing a full schedule, so I didn’t really lose my card, in a way. But to answer your question, it wasn’t fear. It’s been more frustration when it doesn’t go well, because I know what I’m capable of.

You mentioned the win at Wyndham in 2014, where you opened and closed with scores of 63. What did you take from that?

It was emotional. You go three and a half years without winning, and you forget how it feels. You ask yourself, “Am I going to win again?” And being able to pull it off, playing a great first round and then an unbelievable final round where I started pretty hot, it was emotional. It was special.

You have a great track record at the FedEx Cup playoffs. Why do those events bring out your best?

Fans would probably say that we’re pretty spoiled, and we are. But the year’s long. It’s taxing. It’s grinding. It gets to you. And I think when you start playing a lot like I did for a few years, it’s hard to be very into it and focused and 100 percent. It’s easy to lose focus, but in those four weeks it’s game time, and I like pressure.

Your “Spider-Man” putting stance earned you notoriety before you even won on Tour. Did you have a love-hate relationship with it?

It was very interesting how [fans] took this Spider-Man thing. I did it to try to make more putts in 2005, and the reaction from the fans was great. I was this young kid from Colombia. I just came out of the University of Florida. I’ve always been into fitness. I was maybe a little bit different than some of the other players out here.

But you don’t do that crouch as often, right?

Not as much as I used to. I’m getting away from overthinking putts. Sometimes when I was down there I was trying to get the perfect read. Too perfect. I’m a bigger believer in feel.

Sure, people ask for it, but when I was doing it, I was doing it to try to make putts. I would feel weird going down there for no reason.

You’re big into cycling? What’s the longest ride you’ve ever been on?

What part of your game does your fitness help most?

People might see golf as an unathletic game, but when you play 30 weeks a year, it starts to get to you. Being in the gym and staying fit, trying to be healthy, it’s an advantage in every area.