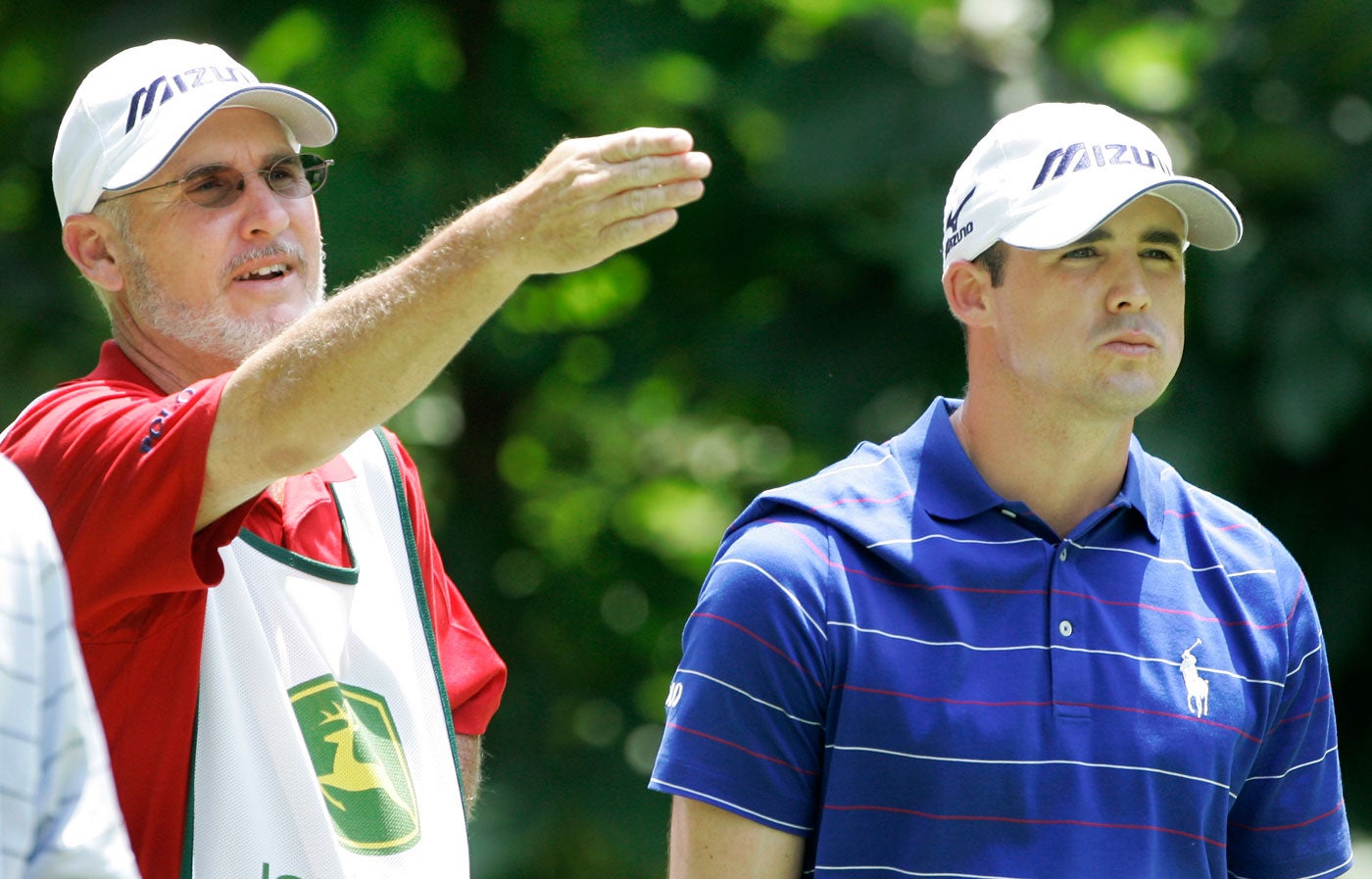 Mike Hicks was one of dozens of caddies who filed a multi-million dollar federal lawsuit against the PGA Tour.
AP Photo

PEBBLE BEACH, Calif. (AP) — Caddies lost their class-action lawsuit against the PGA Tour when a federal judge in California ruled they signed a contract with the tour that requires them to wear bibs as part of their uniform and cannot claim that corporate sponsorship on the bibs makes them human billboards.

The decision came just over a year after caddies filed the lawsuit in northern California, the same federal court where former UCLA basketball star Ed O’Bannon successfully sued the NCAA for keeping college players from selling their marketing rights.

The lawsuit began with 81 caddies and had grown to 168.

Chhabria dismissed all seven of the contractual claims.

“The caddies overall complaint about poor treatment by the Tour has merit, but this federal lawsuit about bibs does not,” Chhabria said.

At the heart of the lawsuit was a claim that the tour was using them as “human billboards” because the bibs they wore on the course, which featured the logo of the title sponsor, amounted to advertising for which they received no compensation. Lawyers for the caddies estimated the value of the advertising at $50 million a year.

Chhabria suggested in his ruling that the caddies’ own complaint worked against them.

The contract a caddie signs to work a PGA Tour event says that caddies are to wear uniforms and identification badges prescribed by the tournament and the tour. Chhabria said the caddies in their brief acknowledge that “the PGA Tour has required caddies to wear bibs for decades.”

“In other words, for decades, the bib has been the primary part of the ‘uniform’ that the Tour requires caddies to wear,” Chhabria wrote. “The only reasonable interpretation of the contract is that the caddies agreed the Tour could make them wear bibs.”

Chhabria also found no merit to claims of antitrust and trademark law, along with complaints of publicity rights and that contracts were signed under duress.

Richard Meadow of Lanier Law Firm, which represents the caddies, said the decision would be closely reviewed to determine grounds for appeal.

“We are however pleased the court acknowledged that the caddies are treated poorly by the PGA Tour and hope that the Tour takes that to heart and begins to treat them with the respect and dignity they deserve,” Meadow said.

The PGA Tour said in a statement it was pleased by the decision.

“We look forward to putting this matter behind us and moving forward in a positive direction with the caddies,” the statement said.