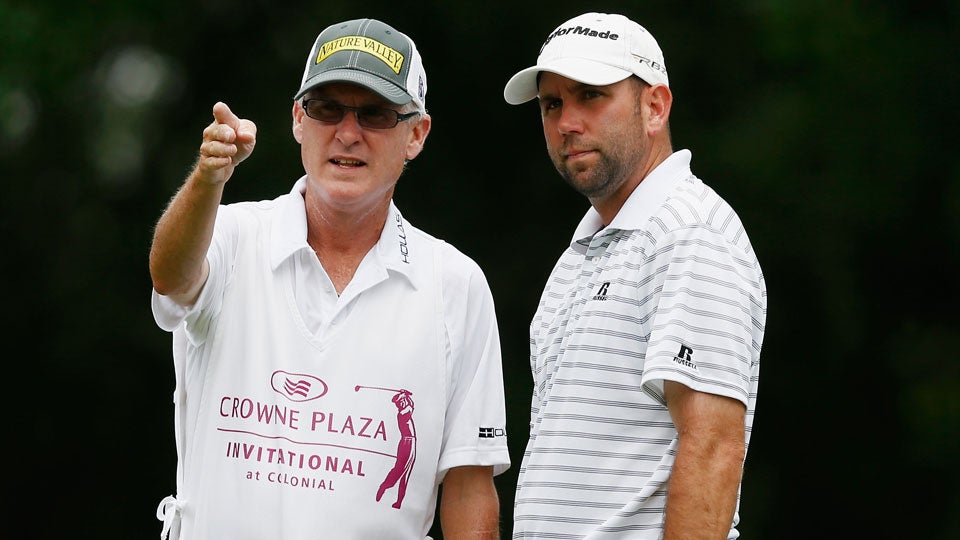 The Battle of the Bibs continues.

The caddies raised contract, antitrust and intellectual property claims against the Tour when they filed suit in February 2015, alleging that the Tour had reduced them to “human billboards” by forcing them to wear bibs displaying Tour sponsorships without compensating them for the revenue they generate.

While the judge sympathized with the caddies’ accusations of “poor treatment” by the Tour, he nevertheless dismissed their legal claims, determining that the caddies voluntarily agreed to a contractual uniform requirement, which includes the bibs.

The 66-page appeal, however, cites “a collection of errors” in the court’s decision.

“The record demonstrates that the court’s dismissal of the caddies’ complaint resulted from the court’s improper insistence on resolving fact issues with unfounded suppositions and one-sided evidence, and without reference to governing legal standards or reasonable inferences supporting the caddies’ claims.”

Rick Meadow of the Lanier Law Firm, which represents the caddies, told GOLF.com that the judge exceeded his authority by bringing in evidence Meadow says was beyond the scope of the motion.

“He became judge and jury all at once,” Meadow said. “We didn’t get a chance to combat that, so we want that opportunity.”

According to Sports Illustrated‘s legal analyst Michael McCann, their appeal could hinge on how an appellate court judge interprets the precedent set by O’Bannon v. NCAA, in which UCLA men’s basketball player Ed O’Bannon successfully challenged the NCAA’s right to use student athletes’ images for commerical purposes without compensating them.

The caddies argued that they had been harmed in the “endorsement market,” but Judge Chhabria concluded that such a market was too narrow for the purposes of antitrust litigation. The O’Bannon ruling, however, gives the caddies a chance.

“Federal appeals are often challenging, but the caddies have put forth several arguments that might have traction,” McCann said. “For instance, the caddies can use the O’Bannon case to maintain that very narrow markets have been approved in sports antitrust litigation. The federal district judge presiding over that case approved a limited “college education market” for purposes of the antitrust claim. This is relevant to the caddies litigation because that market is, like the markets proposed by the caddies, limited by choice.”

Correction: June 20, 2016
An earlier version of this article misspelled the name of the attorney representing the caddies. His name is Rick Meadow, not Rick Meadows.