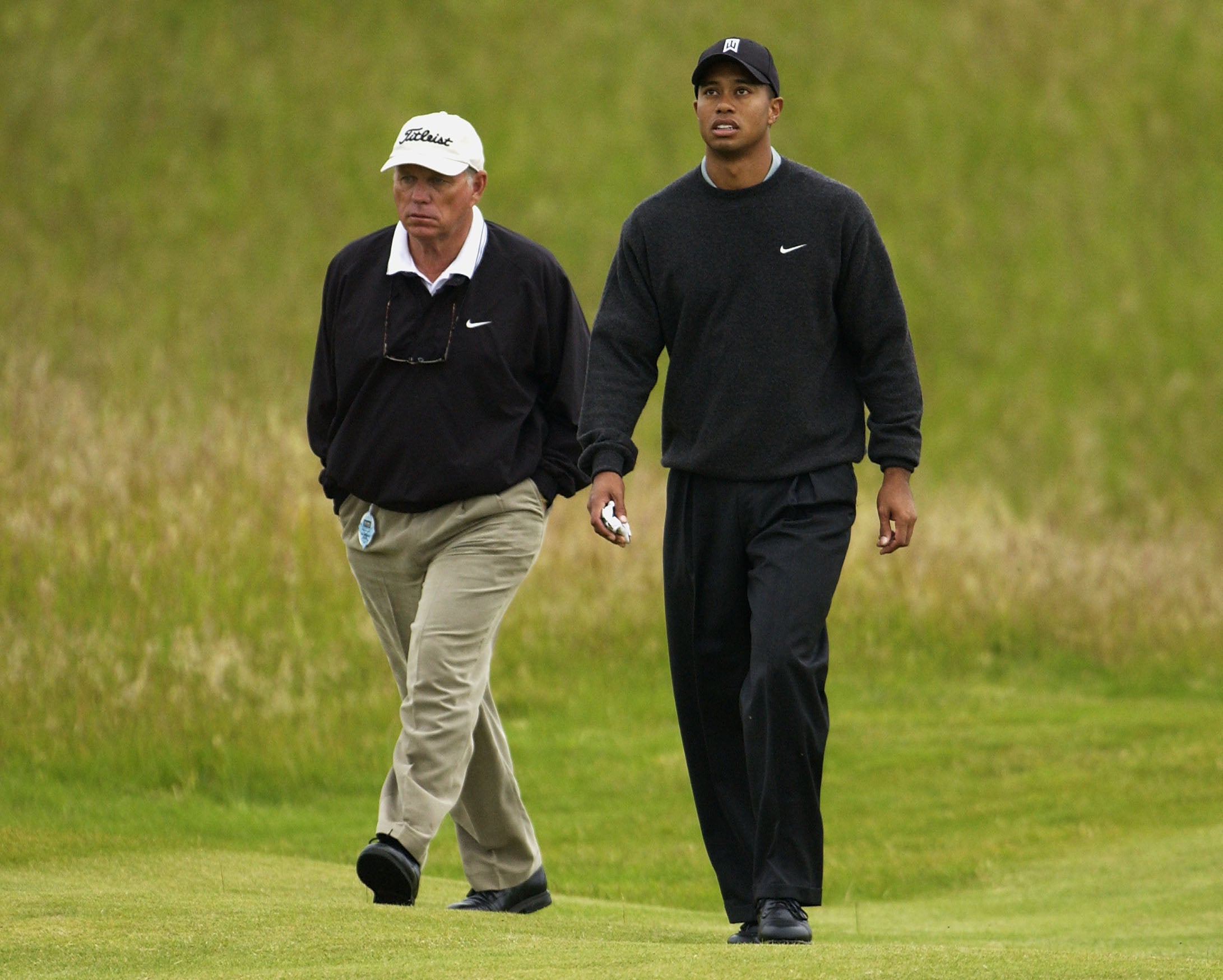 Tiger Woods and Butch Harmon walk the sixth fairway during a practice round for the 131st Open Championships at Muirfield Golf Club in Gullane, Scotland, on July 16, 2002.
Getty Images

Tiger and Butch, back again?

Maybe, but Tiger will have to make the first move.

According to GolfWorld’s Tim Rosaforte, swing guru Butch Harmon — who was with Tiger Woods for eight of his 14 majors and now works with Phil Mickelson and Rickie Fowler — would help Woods again. The caveat: Woods would need to call Harmon.

“Tiger probably wouldn’t ask,” Harmon said. “At my age, 71, I’m kind of on the end of my run anyway. If he wanted, I’d be more than happy to spend a couple hours and give him my opinion. I don’t think he would ask because it goes against his pride.” In the article, Harmon talked about Woods’ swing at the Farmers Insurance Open at Torrey Pines, where Woods withdrew after 11 holes of the second round before announcing his leave of absence.

“The Tiger I saw trying to make a golf swing, his body wouldn’t let him do the things he was trying to do,” Harmon said. “If I was him, I wouldn’t play until I’m healthy. I know you say you need the tournament reps and all that. Not necessarily. For him the big thing is the Masters. We know he knows how to play.”

It wasn’t long ago when Harmon, who last worked with Woods in 2004, quickly dismissed the possibility of being Woods’ swing coach again.

Woods’ new swing instructor, Chris Como, has studied the biomechanics of a golf swing, but Harmon said he doesn’t know much about that.

“I have no idea what biomechanics is,” Harmon said. “And I’m being serious.”

Should Tiger Woods reunite with Butch Harmon? Join the conversation in the comments section below.